When, on Android, we have more than one app for the same purpose, there is an application selector that appears whenever we need to access that functionality. For example, if we have two camera apps installed, when we want to access it through a third party app, the selector asks which one we want to use to capture the photo.

However, Google seems to want to end this possibility.

Android 11 restricts use of apps

Smartphones come with their app dedicated to capturing photos and videos, often optimized for the integrated camera modules. However, there are third-party apps that offer added (or more basic) features, which better satisfy users’ needs.

When trying to use the camera through third-party apps, an app selector may appear, thus giving the user the possibility to choose the camera app they want to use for that purpose. However, on Android 11, the user may no longer have this choice on their side. 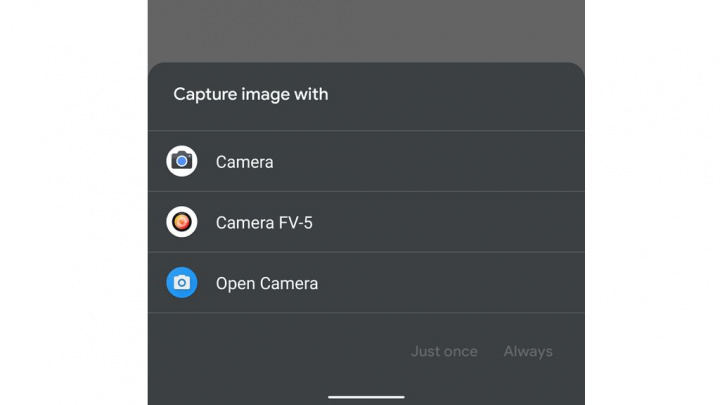 Android 11 will change some issues related to this choice. It will be Android to decide that, in these cases, the app used is the one that comes pre-installed on the smartphone, without further questioning the user about the app they want to use.

Apparently, this action is associated with issues of privacy and security of users, without giving a great additional explanation on the subject.

However, if the smartphone has more than one pre-installed camera, the user will have the option to choose. Although this option is not very common.