From this Friday (16), players of “Free Fire” will have more chances to win free items in the game. The novelty is part of the Booyah Day event, which lasts until November 1st.

In the online game, the term “Booyah!” it means that the player has achieved victory, like congratulating. Notwithstanding, the event that received this name will reward users who accumulate more victories in the period will win exclusive prizes.

Check out how Booyah Day works! in “Free Fire”:

The highlight of the event will be on the 24th of October, when all players who log in will win a new evolutionary skin from the UMP weapon, called Caveira do Booyah !.

The skin arrives to usher in a new style of weapon skins that enable the evolution of equipment. At each level with the new skin, UMP gains an exclusive visual effect. To level up, I need to play “Free Fire” matches between October 24th and November 1st to earn Flame Origin Tokens, which will serve to evolve the weapon.

During the 17 days of the event, the 100 players with the most wins – or Booyahs! – appear on the Booyah Global Scoreboard! and receive the Skull of Booyah skins! for the Katana and Booyah sword! into the pan.

For the dispute, only count victors in the game modes Battle Royale and Contra Squad, both normal or ranked.

A second Booyah Global Score! count only the victories in the Booyah mini-game! GO, so it will also be available from October 24th to November 1st. In this mode, it will be necessary to move to the point of Booyah! as part of a board game of strategy. It sounds simple, but no: the developers said that there are monsters halfway to prevent players from reaching their destination.

To access this mode, it will be necessary to find and use Sweet Booyah! Tokens, which will be scattered over the maps in all traditional games of the game. 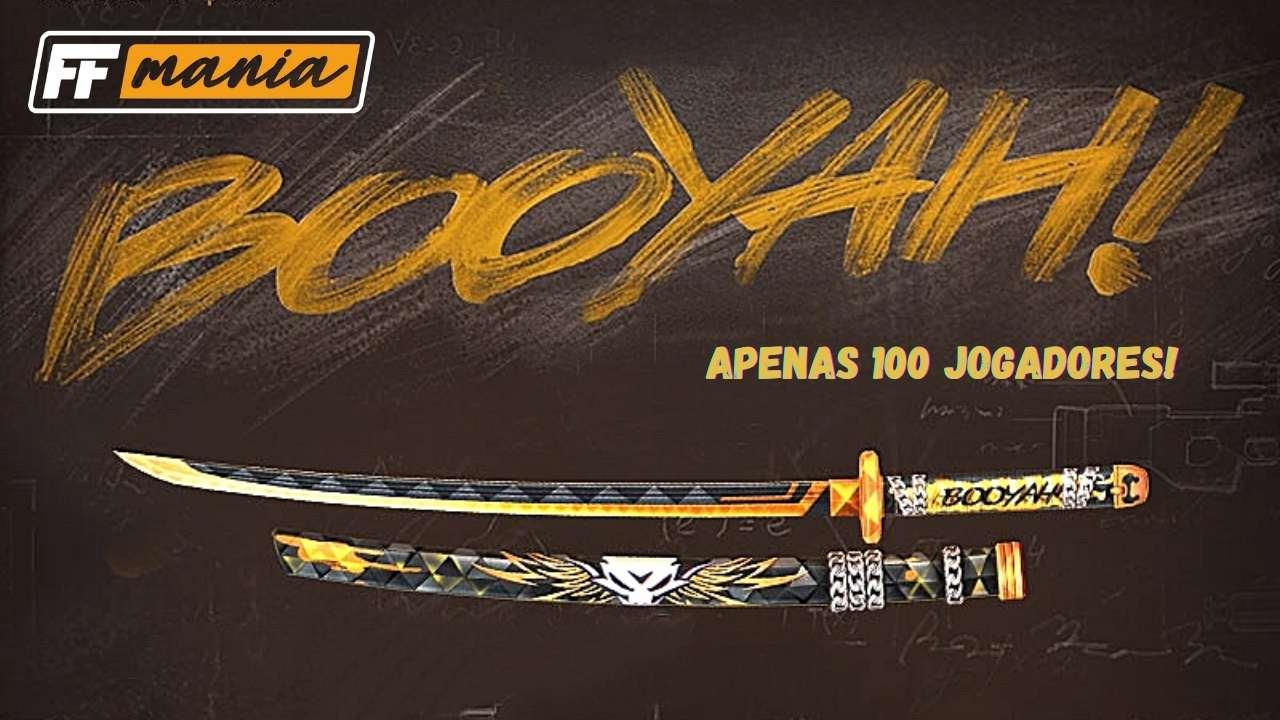 Booyah’s top 100! GO in the period will win the Skull of Booyah skin! of the Katana sword.

The event also has challenges and they start on October 20th. Users who decide to participate will have one week to complete 12 missions.

On October 24th, the official day of Booyah !, just login to win the Booyah Skull Board for free! to complete the 12 jobs.

The Counter Squad mode will have a Burnt version during the event. In this variation, eight teams play separately in four different zones on the map. Each has three lives, which are lost with each defeat. Whoever loses three games is out. The winning team is the one with the last lives left.

The new version will also be available from October 24th to November 1st.

More about the Booyah Day event!

Other minor news, but also important during the period, are: