Introduced earlier this month, AirPods Max marks Apple’s entry into the wireless headphones market in its own name. This is a luxury product, both for its quality and for its selling price.


After a few weeks on the market, there are reports of a worrying problem in the AirPods Max. As mentioned, these headphones start to gain a few drops of water inside their earpads.

So, uhh … my AirPods Max form condensation after extended use. They’ve never been used in any humid environment. The water gets inside the drivers and has caused ear detection problems. I’ve been wearing them inside sitting at a desk mainly, nothing crazy. Super concerning issue pic.twitter.com/0pWicvxLv9

Table Of Contents hide
1. Formation of water drops occurs after long periods of use
2. Failures in the detection of the ear originate this discovery

Formation of water drops occurs after long periods of use

One of the first reports of this kind was published by Donald Filimon, an American user of AirPods Max. The report is given on his Twitter profile, as well as on Reddit.

Filimon documents how his copy of the AirPods Max formed drops of water behind the earmuffs. According to his report, this condensation phenomenon occurred after long periods of use.

The complainant states that this happened after a use of about twelve hours, in a room even a little cold. Due to the lack of an IP certification, the user was careful to use them in a place with low humidity. 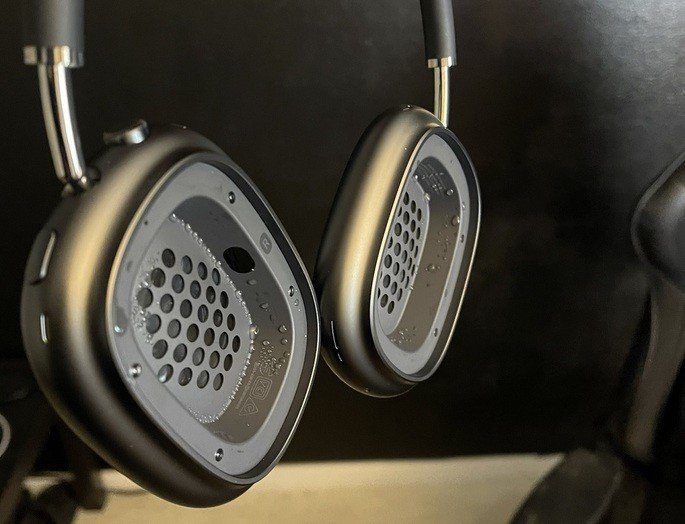 After this report, several Reddit users complained about similar situations. For the time being, it cannot yet be said that this is a recurrent and widespread phenomenon, but it raises some concerns.

READ MORE  Samsung has set the date for its next Galaxy Unpacked: what phones will they present at the virtual event

Failures in the detection of the ear originate this discovery

In Donald Filimon’s account, we can read that he would probably never be able to handle the problem if his AirPods Max did not stop working properly. At issue is the failure of these headphones to recognize when the user actually uses them.

Faced with this problem, Filimon decided to remove the cushions from his AirPods Max and this caused him to encounter a few drops of water inside. It is worth noting that the ear detection returned to work correctly after an interior cleaning of the headphones.

This report warns of the fact that this phenomenon can lead to more serious problems that jeopardize the proper functioning of the AirPods Max. As of the writing of this article, Apple has not yet commented on what happened.

Condensation in headphones after long periods of use is not new, but it does not usually reach these proportions. The metallic exterior of the AirPods Max can be actively contributed to this result.