The Google Play Store puts Android users at the disposal of millions of games and applications, which sometimes end up putting their security and privacy at risk. Although Google continues to work on developing its security tools, it is virtually impossible to “hunt down” all the malware implemented in some applications.

For this reason, security companies have assumed a crucial role in the security of Android users, constantly reporting various applications to Google. The latest list was discovered by Evina, who reported 25 applications that have already been removed from Google Play for stealing data from Login of users. 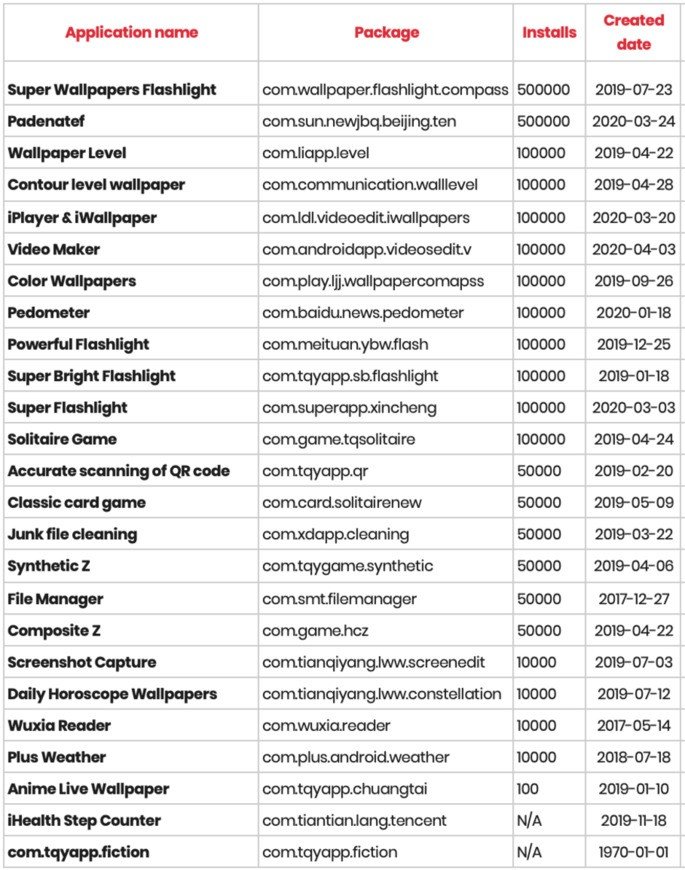 Table Of Contents hide
1. Applications put millions of Android users at risk
2. It is important that you make sure that none of these applications are installed on your smartphone!

Although many of these applications do not have as high download numbers as we have seen in other situations, in all this list of 25 applications accumulates more than 2.5 million installations. Although many users have probably ended up uninstalling applications from their smartphones, it is likely that hundreds of thousands of users remain vulnerable.

According to the cybersecurity company, this malware works in an extremely simple way and has a single purpose, to steal Facebook login information. Basically, he waited inactive for the user to open an application made by Facebook and quickly opened a page in the browser where he presented a fake login page.

Most likely, more experienced (or more attentive) users would be able to perceive this page exchange and immediately close the fake page. However, many users end up falling for these tricks and have their accounts stolen.

Even though it is not possible to guarantee 100% that the applications we install are completely safe, there are some small tricks that help you guarantee your safety. One is to take a close look at the ratings and comments made on apps on Google Play, before installing them.

It is important that you make sure that none of these applications are installed on your smartphone!

If they are not manually uninstalled, the malware will remain active on your smartphone and you risk having Facebook data stolen. In addition, it is possible for developers to make changes to the malware in order to “aim the sights” at other types of information.