If you haven’t yet heard about the game “Among Us”, it’s time to spend a little more time online. The game, released in 2018, has gained sudden popularity in recent months, reaching 100 million downloads and 3.8 million simultaneous players at the end of September. Now, the title has grown so much that it also stood out on an adult content page. 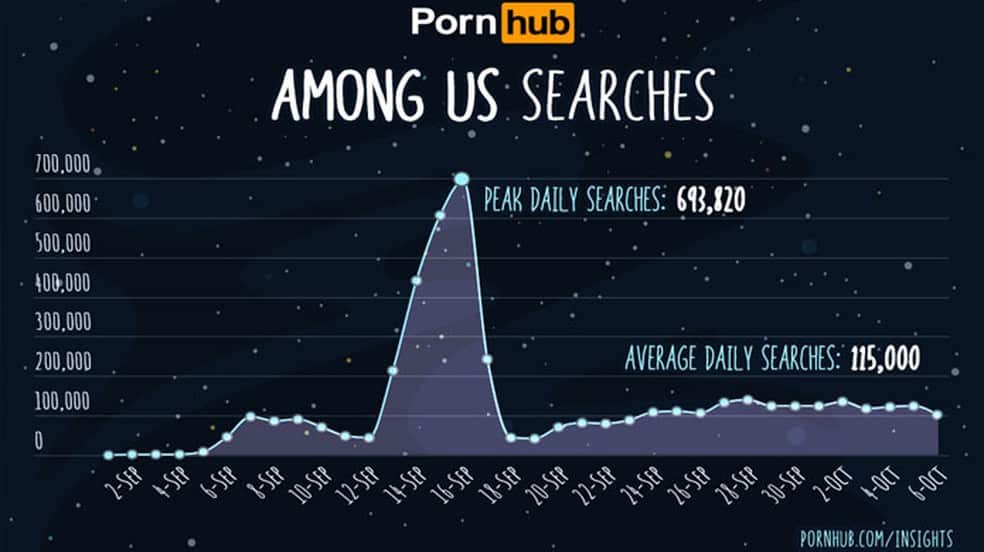 It is worth remembering, however, that there is not much content in “Among Us” that really corresponds to the adult gender. So much so that some users upload funny and unusual gameplay videos of the game with double meaning titles.

“Among Us” was one of the highlights of the year. On broadcast platforms, there are countless people playing the title every day. With that, it is expected that it will be on top of the most played games in the stores where it is available. Thanks to a recent survey, we can confirm this information.

According to data collected by Sensor Tower, “Among Us” is the third-largest game store – App StoreeGoogle Play – for the third quarter of 2020. This means that, in that period, there were more than 100 million downloads.

This amount significantly exceeds the second place on the most downloaded list, “My Talking Tom Friends”, in more than 68 million downloads. Currently, in the case of Team, the game is the fourth most played on the platform, behind only “Counter-Strike: Global Offensive”, “Dota 2” and “PUBG”.