Android 11 is in the testing phase and this allows us to have an early idea of ​​its features. Among the news, we can highlight the new way of displaying notifications and a new menu when you want to turn off the equipment.

Now, we know that these two points will not be mandatory for all smartphones running Android 11. This means that it is not guaranteed that your equipment (if not a Pixel) will have the news above.

This information comes after the document in which Google specifies what its partners have to do to use Android 11 has been revealed. A place where the American discriminates between what is mandatory and what is strongly recommended.

Table Of Contents hide
1. New smartphone shutdown menu is not guaranteed on non-Pixel models
2. Conversations section in notifications is also at risk

New smartphone shutdown menu is not guaranteed on non-Pixel models

With Android 11, Google introduced a new menu to turn off the smartphone. Instead of just having the usual power off, reset or emergency buttons, you will now have a host of options for your smart home.

That is, with the new version of the operating system, controlling the lights in your house or the thermostat will be at a distance of a long press on the smartphone’s power button. However, there is no guarantee that your non-Pixel device will have these options.

The most funny thing about the situation is that the February version of the same document had the mandatory use of this feature written. Without knowing why, Google passed this on to be recommended in its May release.

Conversations section in notifications is also at risk

Another major feature of Android 11 is the separation of notifications by categories. In Pixel, they will have, first of all, a category called “Conversations” that aims to give priority to your conversations. 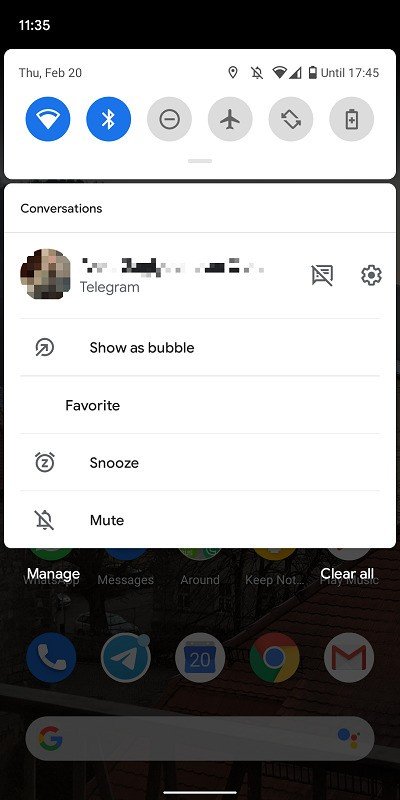 This novelty is also at risk of not reaching all smartphones running Android 11. With the recent change made by Google, it will be up to manufacturers to decide whether or not to adopt these novelties in their software.

Finally, mentioning only that Google may change its mind about this until the final version of Android 11 is released. We hope that it does, or that the manufacturers choose to bring these features to their equipment.