The Apple AiPower is one of the most anticipated wireless chargers on the market. The gadget was officially revealed at the launch of the iPhone X, however, it seems that Apple had problems in its construction.

Today we have more images of the wireless charger and we can see some details of the “little gadget”. The design does not change from what was officially revealed and it looks like we already have the watch charging up and running. 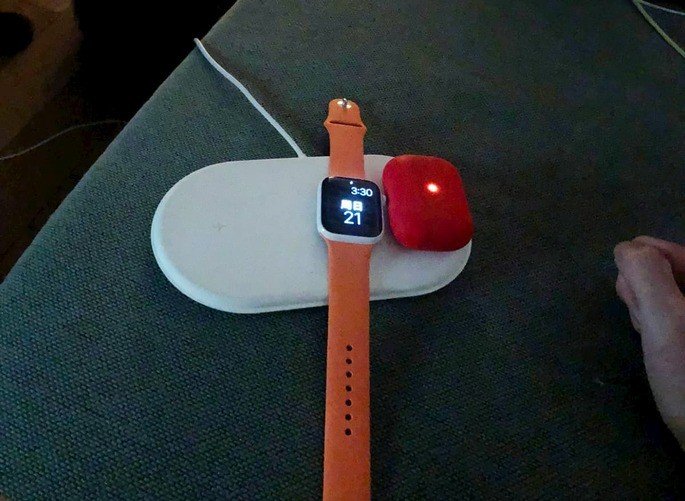 One of the difficulties is to put 3 products to load at the same time is the possible overheating. Since Apple insists on creating a slim gadget, it looks like it’s not easy for engineers to build Tim Cook’s dream gadget.

However, in recent times we have seen more images of the Apple AirPower and the good news is that whenever we see an image, the Apple Watch is there.

I remember that Apple Watch has a different charging format than other products. That’s why you can’t put an Apple Watch to charge on the same wireless charger as the iPhone.

This AirPower will solve that problem. The goal is to be able to load 3 gadgets at the same time. The iPhone, Apple Watch and AirPods.

However, it is worth mentioning that throughout these new images, none of them showed the 3 gadgets to be loaded at the same time. In other words, there is no guarantee that the charger is ready to be officially revealed.

In short, it is possible that Apple is working to unveil the new Apple AirPower in conjunction with the iPhone 12 as early as September. Let’s just hope that this time we have a product launch date on the market.