Everything indicates that Apple is developing two new tablets for a presentation soon. But being from different lines, your presentations will be a few months away.


According to MyDrivers, the first model to be unveiled will be a new iPad Pro later this year. For the spring of 2021, the much desired update of the iPad Air will be saved. 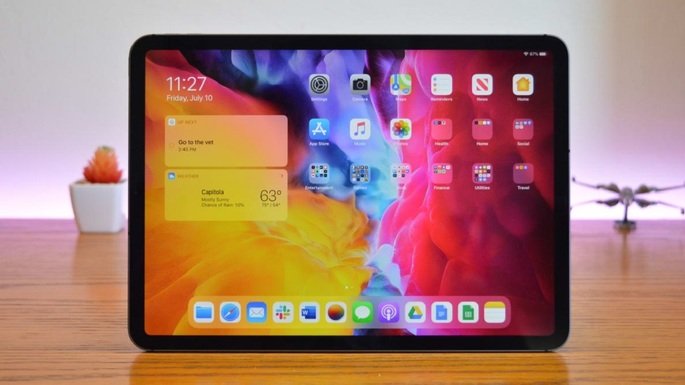 Table Of Contents hide
1. New iPad Pro with 5G will arrive or October
2. iPad Air 4 will have significant improvements
2.1. Share this:
2.2. Related

New iPad Pro with 5G will arrive or October

Although Apple launched its latest generation of the iPad Pro last March, it seems that the American giant is still not satisfied with what it has on the market. Although details about this model are scarce, it is said that the new iPad Pro will be compatible with 5G networks.

If this is true, it is almost certain that this model will be equipped with the new A14X Bionic processor. This will certainly be compatible with the new mobile networks, in addition to giving a great power boost to the new tablet.

Regarding its presentation, this should be presented on the iPhone 12, so there is a strong possibility that this will happen in October. On the negative side we have the rumor that the new iPad Pro will be even more expensive than the last model presented.

iPad Air 4 will have significant improvements

The second model under development at Apple’s offices will be the new iPad Air 4. This should only be revealed in March 2021, but we already know some interesting details.

READ MORE  Huawei presented the Mate 40 Series: the premium line that will never arrive in Argentina

First of all, everything points to a change in its design. In fact, the adoption of the same 11-inch screen as the 2018 iPad Pro is expected. This is also synonymous with lower margins and the possible abolition of the traditional home button.

Secondly, the iPad Air 4 should be launched with the A14 processor, the same as the iPhone 12. Nothing has been revealed yet about a possible compatibility with 5G networks, but a big increase in processing power is also expected.

We should also mention the fact that the iPad Air 4 must have USB-C input and compatibility with the Magic Keyboard. Finally, its price is expected to rise to $ 649.

Astronomers and volunteers identify 95 brown dwarfs near the Sun