Capcom, an acclaimed Japanese developer of video games like the Resident Evil and Street Fighter series, was the latest target of a ransomware campaign.


According to a report by the Bleeping Computer website, a gang of cybercriminals known as Ragnar Locker accessed the company’s computers, stole over 1 TB of confidential files and encrypted the contents of more than 2,000 devices connected to the networks of their offices in Japan, the United States and Canada.

The company confirmed on Thursday (5) that it was the victim of an attack, but without revealing its nature.

“In the early hours of the morning of November 2, 2020, some of the Capcom Group networks had problems that affected access to certain systems, including email and file servers. The company confirmed that this was due to unauthorized access by and that interrupted some operations of its internal networks as of November 2. “ 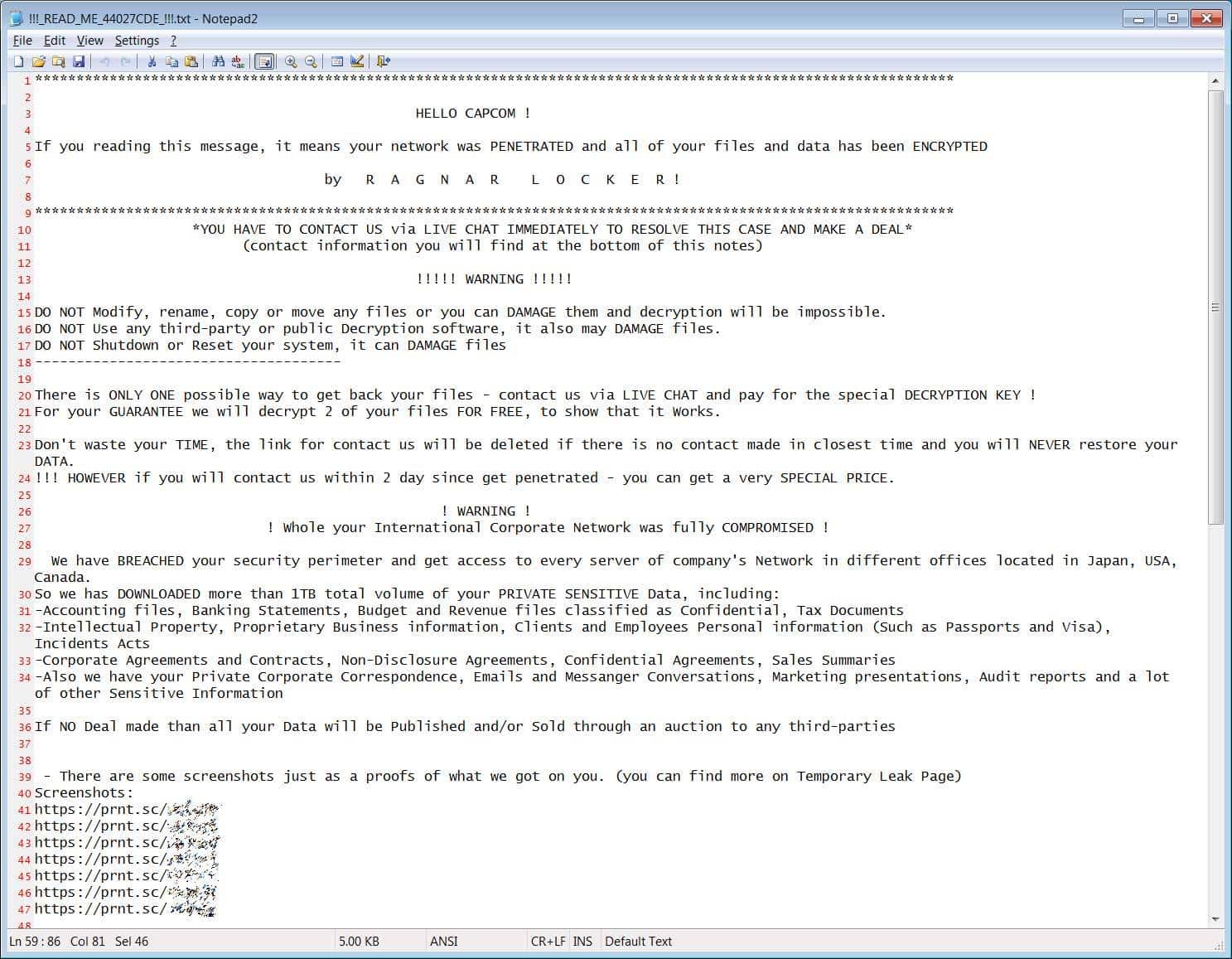 As proof that the data is in their possession, Ragnar Locker put up a website with screenshots of some of the captured files, including termination agreements, Japanese passports, Steam sales reports in August and more.

In the ransom request, the gang encourages Capcom to “not waste time” and get in touch via a chat page as soon as possible, or the cryptographic key will be discarded and the data can never be recovered. As an incentive, he says that if a contact is made in the first two days after the invasion, they can offer a “special price” for the decryption tool that will restore the files.

I said so) lol
I analyzed the Ragnar sample that generated the ransom note and have viewed the stolen files on Ragnar’s site.

The redemption amount is not mentioned in the note. Bleeping Computer cites security researcher @ pancak3lullz, who claims to have seen part of the stolen data and that the value is 11,000 bitcoins, which for the current quote is $ 170.3 million or R $ 930 million.