Xiaomi has been experiencing many problems with the updates of its smartphones. The Mi line has been constantly affected by failures and abnormal situations in the firmware that it has made available to users.


The Xiaomi Mi A3 has certainly been one of the many affected and is now in trouble again. The latest version released is causing situations where they simply no longer function like a normal smartphone. 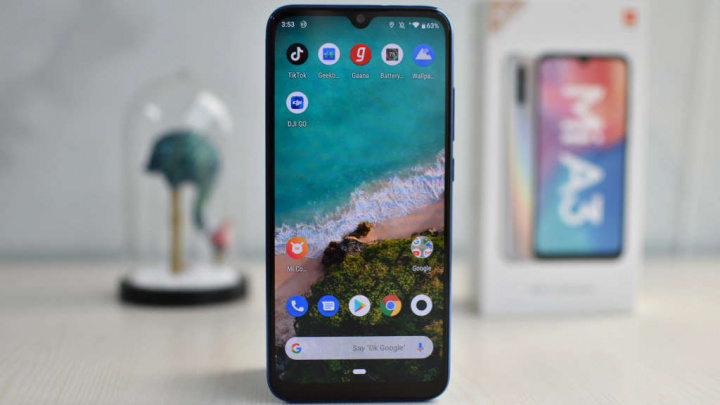 Table Of Contents hide
1. New problems arrive at Xiaomi Mi A3
2. Firmware of these smartphones block it
3. This is an update to avoid

Despite all the abnormal situations that have affected the Xiaomi Mi A3, the brand seems to have worked to get a new version of Android. It insists on having problems, but the brand tries to solve everything quickly.

Above all, a new situation appears to be emerging. From what is described, the latest update could bring serious problems to the Xiaomi Mi A3. This appears to be dedicated to a Mexican operator, but has been made available as a global update and is available to all users.

@cyberabadpolice sir, today I got some weird update in my Mi A3 mobile in the name of security update! Which is off 1.40 GB, after updating it, I’m getting Mi telcel! Never before got such! Any hacking update? @TelanganaDGP @GoI_MeitY @XiaomiIndia pic.twitter.com/moP0QkdEgS

Firmware of these smartphones block it

With 1.4GB, the update ends up linking smartphones to the operator, blocking the use of other SIM cards and thus rendering the phone useless. In addition, the use of the second SIM is also blocked.

READ MORE  Do you have a Xiaomi Mi Band? 5 apps you should install on your smartphone

In addition, extra software is installed that was not expected or requested by users. This being a version of Android One, it should be as simple and clean of extra software as possible.

This is an update to avoid

Given this problem and its impact, users are advised not to do this update if they receive it. It should therefore be rejected until Xiaomi solves the problem. If you have already installed it, you must follow the instructions that the brand presents in this forum post.

This is certainly another serious and troublesome problem that is affecting the Mi A3. Xiaomi has to correct these flaws and ensure that the firmware it releases for its smartphones is stable and free from complex flaws.