The TV boxes have particularities that require a SoC (System-on-a-Chip) suitable for the purpose. The most well-known SoC manufacturers are three, Amlogic, Rockchip and Allwinner, but Amlogic is undoubtedly the most popular.


Today we bring you some information about the most popular SoCs, as well as some suggestions for TV boxes. 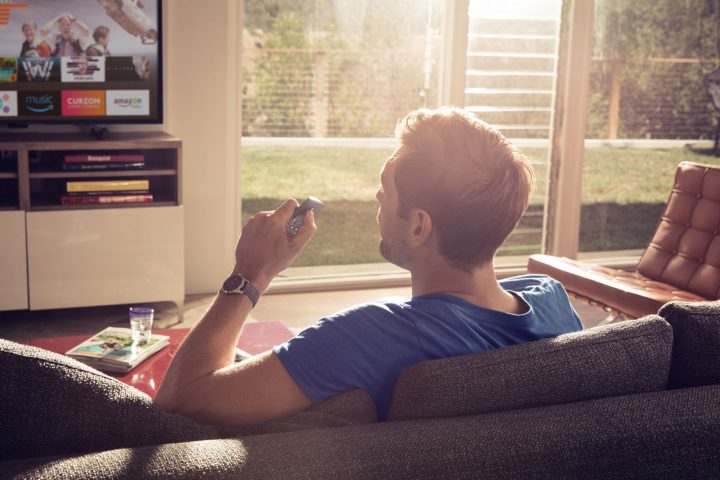 Android TV boxes have given even more freedom to those who like to watch specific multimedia content, without being subject to what the TV channels offer. But there is much more besides that, it is possible to watch movies and series via streaming or on-demand, to have access to multimedia content from local storage, to use any Android application, including games, and even to transmit the screen of the smartphone or computer the TV (GameStream).

If, on the one hand, we are used to excellent performance on smartphones, on the other hand, in TV boxes, the most popular SoCs do not reach this level. Apart from NVIDIA Shield with its Tegra X1 +, completely outside the scope of this article due to the high price, low cost SoCs still achieve a very satisfactory performance, suitable for most situations and needs.

Let’s get to know them a little better.

It brings Kodi pre-installed and in terms of interfaces it has an HDMI port, two USB 2.0 ports, AV input, IR and even Ethernet. In addition, it also has a microSD card port.

The TANIX TX3 Mini is an Android TV Box with version 7.1 and, although the Android version is not decisive for the performance of the TV box since, as a rule, they come with optimized user interfaces, this version guarantees greater compatibility. with other apps. 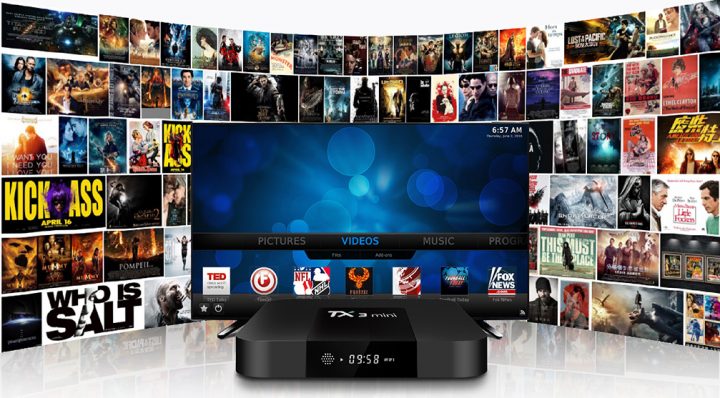 In terms of communication interfaces it comes equipped with a microSD port, two USB 2.0 ports, has HDMI, an Ethernet port, an AV out and an SPDIF for digital sound output. Kodi comes pre-installed.

It is practical terms, it is significantly superior to the old S905W, however, depending on the purpose and financial availability, the S905W may be sufficient. It will also be preferred over the S912, mainly due to the manufacturing process and the new technologies included. 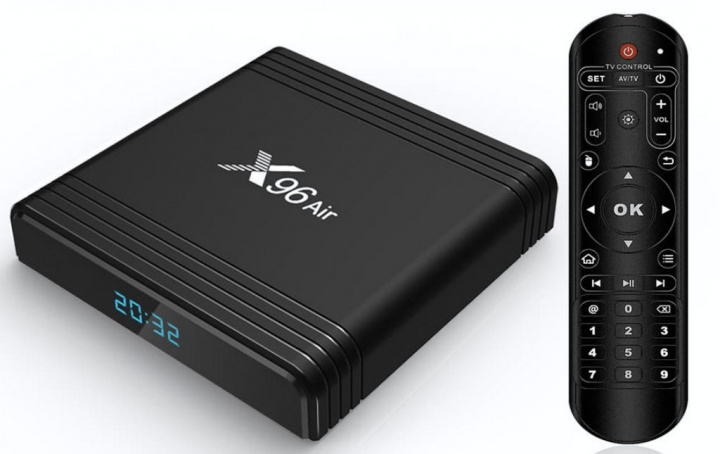 READ MORE  Moto G9 Plus will have 4,700 mAh battery almost 20% bigger than its predecessor 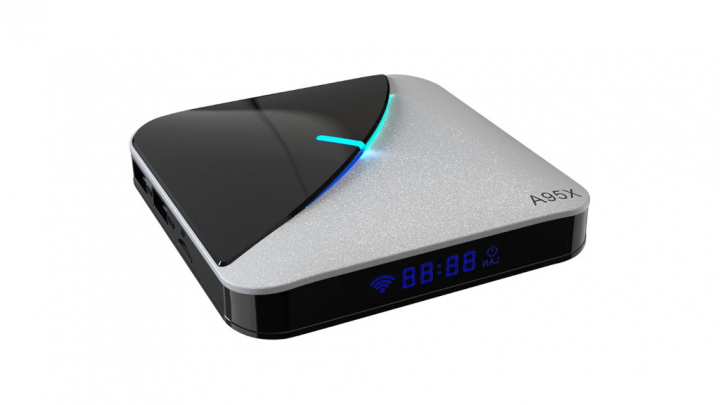 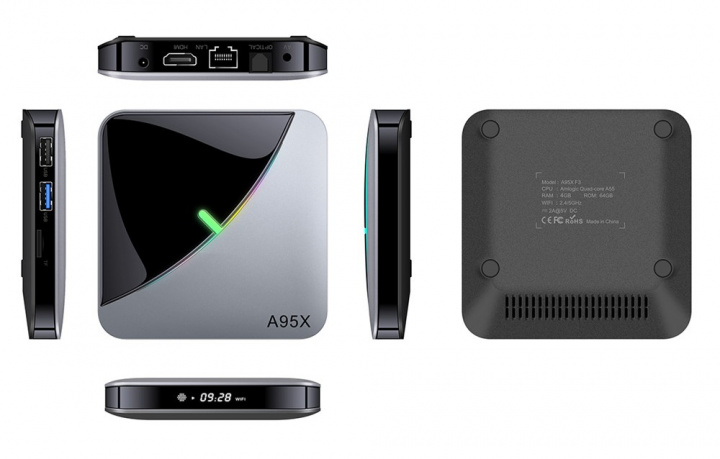 Finally, the A95X F3 Air TV box is available for about € 29, using the discount code 4HVG2XSG. 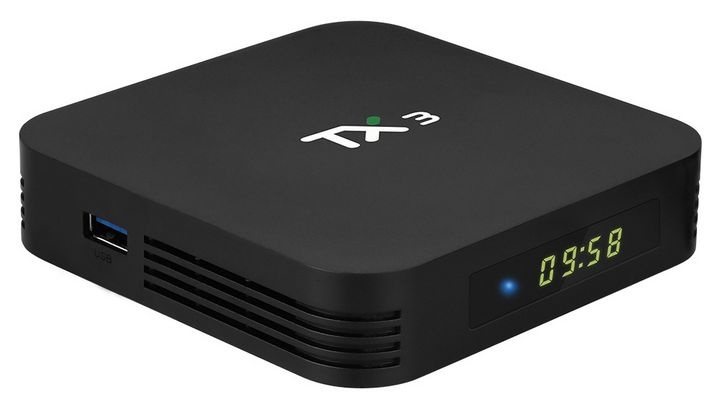 The TANIX TX3 is an option from the same brand, but it does offer some higher specifications. In this case we have a TV box with 4 GB of RAM and 64 GB of internal storage. It also has Android 9 and the processor is an Amlogic S905X3. The interface of this box is also distinctive, nicknamed ALICE UX.

In this case, in addition to 4K resolution, it still supports 8K video, even if it is not yet very relevant to the existing content today.

As connection interfaces, it offers a USB 3.0 and a 2.0 port, SPDIF connection, Ethernet, HDMI and a microSD card slot. Finally, the box also has a small front screen to display some information.

The box TANIX TX3 edition ALICE UX is available for about 32 € in the 32 GB version, using the discount code 3QLRXEOP.

This is Amlogic’s ultimate SoC, probably what made the difference and which has been so desired for several generations.

Launched in mid-2016, it was top of the range for a long time and continues to give cards in the pits where it is still located.

In short, it is a competent SoC for any task that is required of a TV box, still having a significant relevance in the market.

The first option is the TANIX TX9S, a TV box with Android version 9.0. This version comes with the Amlogic S912 processor, has 2 GB of RAM and 8 GB of internal storage. This storage can be expanded through a memory card, with a dedicated slot.

In addition, it has two USB ports, with HDMI and connection to Gigabit Ehternet. It also has video support at 4K and 2K at 60 fps and comes with Kodi pre-installed.

Rockchip’s SoC RK3318, compared to Amlogic, is slightly below S912, mainly because it doesn’t have Gigabit ethernet.

It is thus a 1.5GHz quad-core Cortex-A53 SoC, with a 28nm manufacturing process. Launched in 2017, it generally costs less than Amlogic’s equivalent, but for the more enthusiastic, who like community support, it is much more limited because it doesn’t have its public source code.

The H96 MAX is an Android TV Box, with version 9.0 but the version with Android 10 is now available. Its SoC Rockchip RK3318 comes in version 4 GB of RAM and 64 GB of internal storage. Your remote control supports air mouse, which is great for controlling all content.

In addition, it comes equipped with a microSD card slot, USB 2.0 and USB 3.0, AV input, HDMI and Ethernet. It is important to note that it supports Bluetooth and Wi-Fi connections (at 2.4 and 5 GHz).

On the other hand, it decodes the most common video formats (including 4K) and audio (5.1 surround). Since it is Android, the user has full access to the Play Store, namely games and applications such as Kodi, Plex and Netflix.

The “easy” answer is the Amlogic S905X3. It is the most recent SoC on the list, with a superior manufacturing process and with more and more recent technology. However, it all depends on the purpose, where the cheapest model can sometimes be enough, thus saving you a few euros. The S912, and considering the price of the suggested TANIX TX9S box, may also be an interesting choice, as its 8 GB of storage is expandable with microSD card.

Alongside these SoCs, and speaking of Amlogic, it is the S922X that leads the way with the flag raised. Soon we will put your hands on him and talk a little about his abilities.

All suggested TV boxes are available in the Spanish warehouse, with no additional delivery charges.

In the summer it is time to enjoy the days in another way and, as such, technology can be fundamental. Don’t miss the summer promotions and take advantage of the discount prices for that gadget you’ve been looking for for so long. You can enjoy a $ 5 discount on purchases over $ 80, using the discount code GKBSUM5.