Epic Games today announced a very interesting new addition to Fortnite, especially for fans of the Avengers saga. As of today, Captain America is available in the Fortnite store, costing 2,000 V-bucks (about € 20). In addition to the skin, those who buy Captain America will also receive their iconic shield, which can be used as a pickaxe.

This is not the first time that the legendary accessory has been available in Fortnite. During an Avengers-inspired mode, players could also use Captain America’s shield, but it was never available for purchase and was limited to the exclusive game mode.

Epic Games brought yet another perfect surprise for the 4th of July celebrations, providing a new emote which includes fireworks inspired by Captain America. This one emote it costs 300 V-bucks and is now available in the Fortnite store.

Epic Games continues to bet on partnerships with superheroes for Fortnite

Since launching Fortnite, Epic Games has consistently continued to focus on partnerships that have brought several comic book superheroes into the game. In order to please all players, they even managed to secure partnerships with both Marvel and DC. 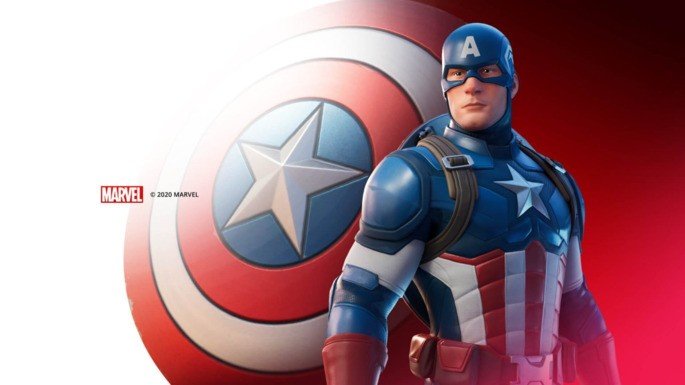 The current Fortnite Season will eventually bring us Aquaman, which will be the “successor” to Deadpool, which was released last year. Also with regard to the Marvel team, Fortnite has also received skins from Black Widow and Star-Lord.

In turn, the DC Comics team has already brought skins from Batman, Harley Quinn and Catwoman. Certainly in the near future we will be able to count on more additions to this list, since many Fortnite fans are also fans of these superheroes.

Thus, in addition to continuing to bring new content to the game, Epic Games also manages to maximize its sources of income.