In addition to giving its services the best features, Google always has a more fun and practical aspect that applies in these same proposals. Thus, it is normal for small hidden secrets that users are eagerly looking for.


The latest seems to have now been revealed and is in plain view on Android. It serves for the moments when we are offline and we want to be entertained. We are talking about the game that you now find in the Play Store and it will guarantee fun for hours. 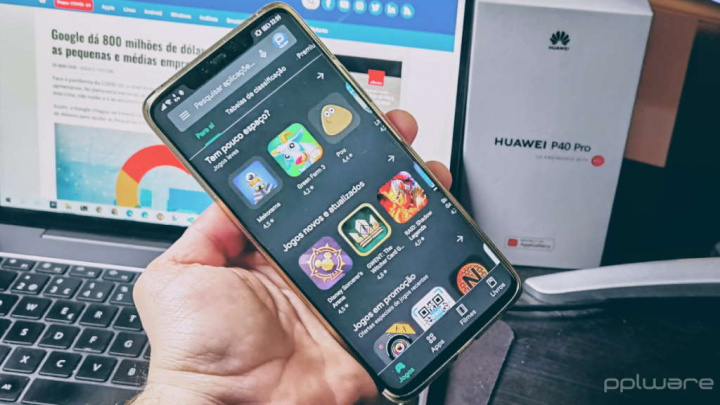 Table Of Contents hide
1. Offline games are Google’s brand
2. The Play Store received an interesting novelty
3. It is now reaching all Android users

Google gained the good habit of placing easter eggs in its services many years ago. These little secrets are present to show the most fun aspect of the company and are always useful for users, in its many aspects.

In recent times, the company has created new games that it places in these same places, to give some type of entertainment to users. The clearest example is the presence of the dinosaur in Chrome, which appears whenever they are offline. So, until the Internet returns, fun is guaranteed.

The latest addition appears to be in the Play Store, the Android app store. Here, and whenever they are offline, something new will appear that they can take advantage of. In addition to the access failure notification, there is now the presence of the game Hot Air Balloon.

With very simple mechanics, they should only guide the balloon, avoiding the obstacles and collecting the prizes that appear on the way. Its aesthetics is very similar to the Dino game in Chrome and uses the same way of playing, simple, but very interesting.

It is now reaching all Android users

This novelty had already been discovered a few months ago, but still in testing and not something that was public. Now, and from what is known, its availability has started to be greater and will soon reach all users of the Play Store and Android.

Google thus follows its line of launching news. This is far from essential or expected, but it does give users more support when they’re using the Play Store and going offline. Android users certainly appreciate this new feature.