The Icelandic supermarket chain Iceland Foods recently completed 50 years of activity and celebrated the occasion in the most unusual way possible: from its central office located in Deeside, a densely industrial region in northern Wales, the company launched a nugget of chicken into the terrestrial stratosphere.


The action was not without reason, strange as it may seem: chicken nugget is one of the best-selling items on the chain, which is famous in Scandinavia and Europe for this particular gastronomic item. Last week alone, the chain says, more than 10 million units were sold – both cut in strips and in whole pieces. Check out the video:

“[O ano de] 2020 was huge for us as we celebrate our fiftieth anniversary, and we want to find a way to mark that occasion, as do all those who celebrate birthdays during a quarantine, ”said Andrew Staniland, trade director at Iceland Foods. “What better way to show that our products are ‘out of this world’ than sending one of our favorite consumer offerings to space? We’ve all changed the way we shop in the past few months and frozen food has never been more popular. We look forward to continuing to celebrate our 50th anniversary with our customers and we thank them for all their support ”.

Iceland Foods has formed a partnership with a company called Sent Into Space, which specializes in the stratospheric exploration sector. To send the piece of fried chicken to the space, an adapted meteorological balloon was used, filled with hydrogen and some extra items of airplane, in order to take the aperitif to the space. A camera support was attached to the transport to record the trip. 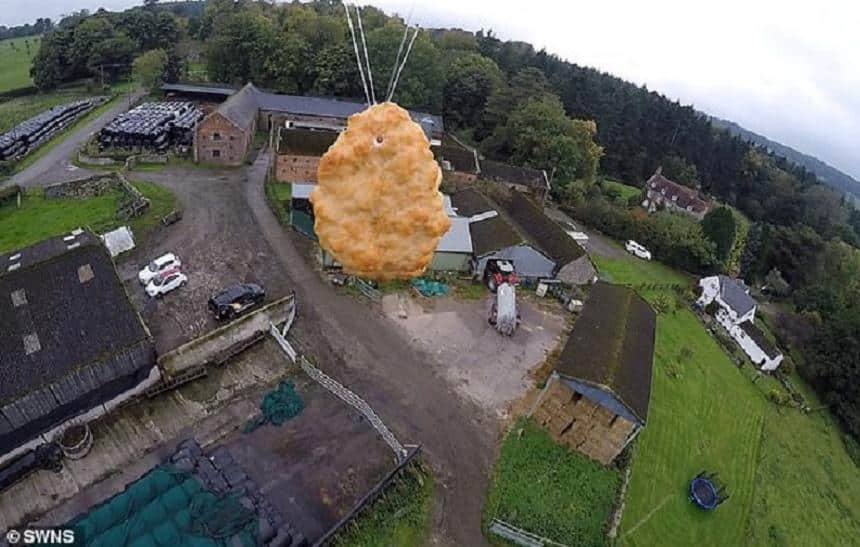 Facing the machinery, Iceland Foods’ nugget rose 33,528 meters above the Earth – which, measured in nuggets, would give something close to 880 thousand of them stacked. After just under two hours, the gastronomic delight reached its goal, facing temperatures of -60C until it made its way back to the ground, plummeting at a speed of 322 km / h. His parachute was activated at a height of 19 thousand meters.