Recently, images of the possible appearance and design of the new Razer Phone 3 were released. This is a very popular brand and appreciated by consumers, especially with regard to the gaming world.


After the original edition of this smartphone was launched 3 years ago, and the second version in 2018, it seems that the brand may soon unveil the Razer Phone 3. 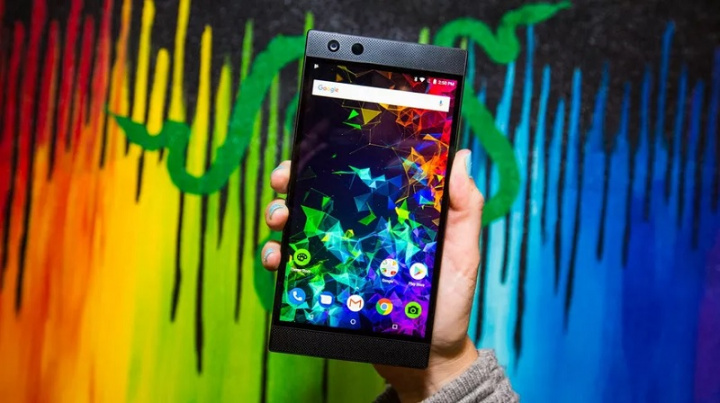 After a period of quarantine and confinement, the manufacturers gradually resumed their work. This led to the talk of new products, launches and event dates.

With regard to videogame-oriented smartphones, we have some examples such as the ASUS ROG Phone III, the Nubia Red Magic 5G and the Razer Phone 3. There is now some more news about the latter.

Images show the possible prototype of the Razer Phone 3

However, almost nothing is officially released without a leak that previews what is being prepared. And it happened with this equipment.

Twitter user @ Boby25846908 released images of the possible prototype of the equipment, where we see its front and rear.

In the front image the aspect does not differ much from the Razer Phone 2, however it gives the feeling that the upper and lower bars have decreased a little in size, giving more space to the screen.

As for the rear, the set of cameras appears in a vertical configuration, while in the previous model this arrangement was horizontal. The image shows a set of three photographic sensors.

Images are 70% legitimate that the Razer Phone 3 prototype is

According to the Twitter user who released the images, the source where he obtained them guaranteed that the equipment is 70% legitimate of being a prototype of the third edition of the Razer smartphone.

The source did ask a fomer Razer employee and he said that the real Razer Phone 3 has some curve like other phones and the speaker grill is as small as the ROG Phone. But according to my source, this is a 70% legit device and this could be one of the RP3 prototype

If the idea was that the production of new Razer would be out of the question, these images sounded the alarms that it may not be so. It remains for us to wait for more news, ideally from official sources of the brand.