During a press conference held today in China, iQOO presented its new fast charging technology, Super FlashCharge 120W. According to the manufacturer, the first smartphone with this technology will be launched as early as August. If confirmed, this will be the smartphone of today with the highest charging capacity.


During the presentation, they stated that this new 120W charging technology will be able to charge a 4,000mAh battery in just 15 minutes. Interestingly, the press conference started with the presenter connecting a smartphone to the charger and during its 15 minutes, the smartphone went from 0 to 100%. 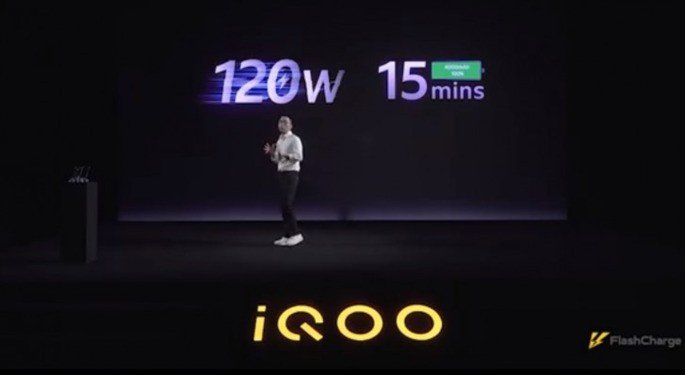 Currently, the smartphone with more advanced charging is the Oppo Find X2 Pro (65W), capable of charging your battery in 30 minutes. This iQOO leadership will not last long, as Oppo has already scheduled an event to showcase its new charging technology on Wednesday.

While having his smartphone charging, the iQOO official explained all the details about how this new charging technology works. As already mentioned in the past, one of the fundamental bases of this technology is the use of two batteries, in this case two units of 2,000mAh.

In technical terms, the iQOO official revealed that the current from 20V to 6A is converted to 10A to 12V, and then divided into two identical circuits from 5A to 12V. These two circuits will then power the two 2,000mAh batteries. Thanks to this technology, the manufacturer promises to be able to charge 50% of a 4,000mAh battery in just 5 minutes. 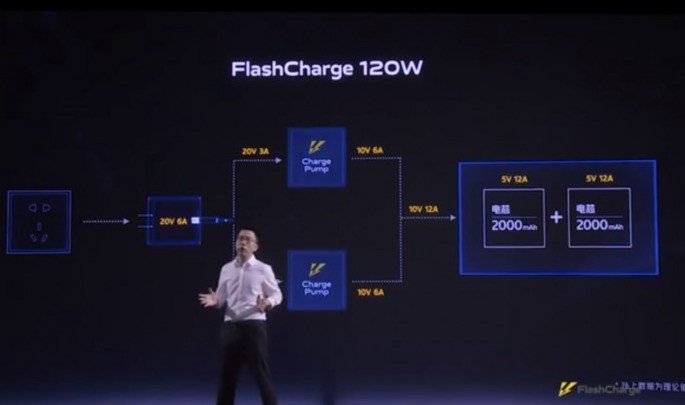 The iQOO representative also revealed that any smartphone that intends to implement this technology, needs to have an advanced cooling system integrated, as well as additional layers of graphite in order to maintain a low temperature.

During the presentation, no information was revealed about the smartphone that will be presented in August with this technology. However, since Vivo’s subsidiary was created to dedicate itself exclusively to the gaming segment, it is expected that it will be another smartphone dedicated to the world of video games.