Huawei is a brand that consumers feel confident in, since the products have proven to be of quality, with excellent features and at very competitive prices. The Chinese company already has a wide range of smartphones on the market, but attention is focused on the brand’s next flagship, the Huawei Mate 40.


After some images of the equipment have been revealed, now a new leak has revealed several specifications of this new flagship. 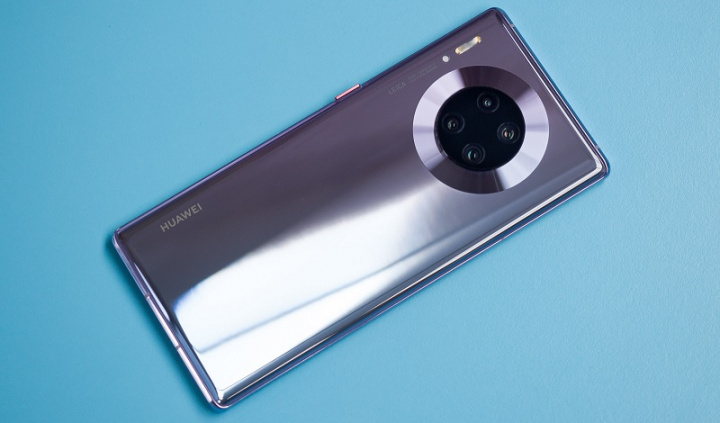 Gone are the days when equipment was only known on the day of its official presentation. Currently, there are few products that do not have images or information displayed on the Internet ahead of time. As you would expect, leaks are more common in highly desired and anticipated products. And despite being a controversial practice, it turns out to be the ‘new normal’.

One of the ‘affected’ is the Huawei Mate 40, the next flagship of the Chinese brand, which recently had several images released. But now more details have been known.

Table Of Contents hide
1. New leak discloses some specifications of Mate 40
2. Read too:

The site Slashleaks released on Saturday the image of a list with the possible specifications of the next top of the range Huawei. According to the image, Mate 40 will bring a HiSilicon Kirin 9,000 octa-core processor, 8 GB to 12 Gb of RAM and 128 GB, 256 GB or 512 GB of internal storage. 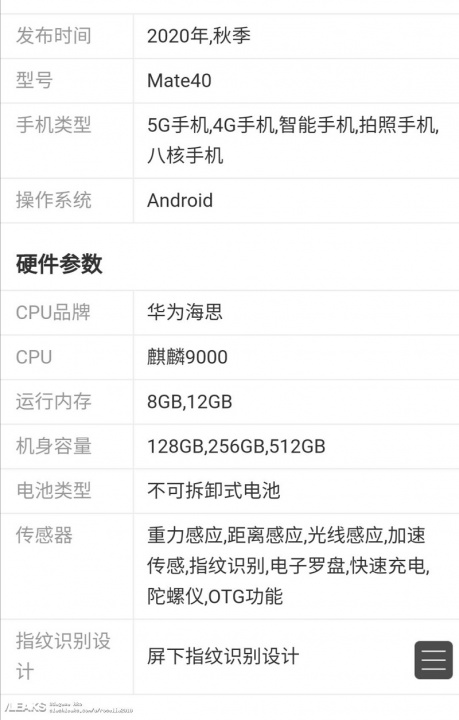 There is reference that the battery is not removable, but it supports fast charging. The flagship will feature several sensors specifically for gravity, proximity, light and acceleration. It will also bring an electronic compass, a gyroscope and a fingerprint sensor located on the screen.

In addition to this information, it is expected that the Chinese branded smartphone will also bring a top photo camera.

The official presentation of the new Huawei Mate 40 is expected in September. The company is confident and expects to sell 8 million units later this year.