Samsung is preparing great news to be presented to the public. The new Galaxy Note line of the South Korean brand is expected already for next August and expectations are high.


To further pique fans’ curiosity, a leak to the Samsung Galaxy Note 20 Ultra shows the smartphone in a hands-on video. 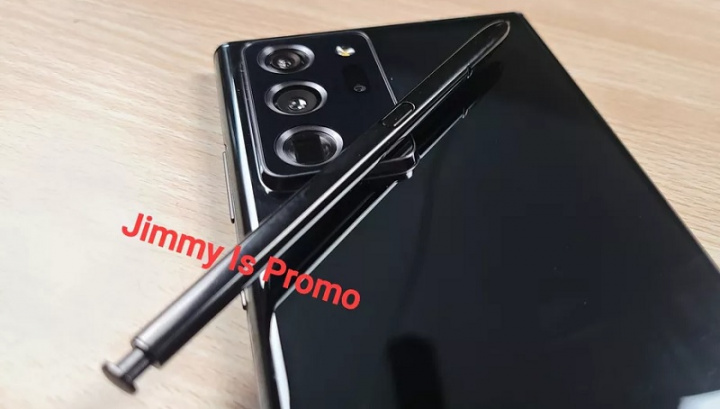 It is already almost a ‘rule’ that products that have not yet been launched have some images or specifications to be released on the Internet. Last week, for example, Samsung disclosed, supposedly unintentionally, the new Galaxy Note 20 on its website.

But now a leak shows the Galaxy Note 20 Ultra, another smartphone of the same line, in a hands-on video, where we can see some details in detail.

The video was shared on the designated YouTube channel Jimmy is Promo, an account dedicated to guides, tutorials, tips and tricks.

Through what the video shows, the characteristics of the Note 20 Ultra coincide with some information already released by unofficial sources.

The device is shown at various angles and also placed next to a Samsung Galaxy Note 10+. In this comparison, it appears that the hole for the S Pen remains at the bottom of the phone, but has moved to the left side.

In the video there is a small test of the features of the Galaxy Note 20 Ultra and some information is displayed, such as Android 1o which should bring One UI 2.5 interface.

The rumors already released indicate that this model will come with a 6.9 inch screen with 120 Hz and a Qualcomm Snapdragon 865 processor or an exynos 990. As for the battery capacity, it is possible that it is 4,500 mAh.

READ MORE  The "magic" app that shows you the time

As for the cameras, the images shown by the channel reinforce the rumor that the equipment will come with four sensors.

This leak makes fans of the South Korean brand even more anxious for the launch of this new range, which is due to be launched in August.