Linus Torvalds, founder of Linux, returned to leave some criticisms to Intel technology. In his words, Intel should stop “magic instructions” and start “fixing real problems”.


At the heart of the criticism is Intel’s AVX-512 extension, which Linus wants him to “die a painful death”. 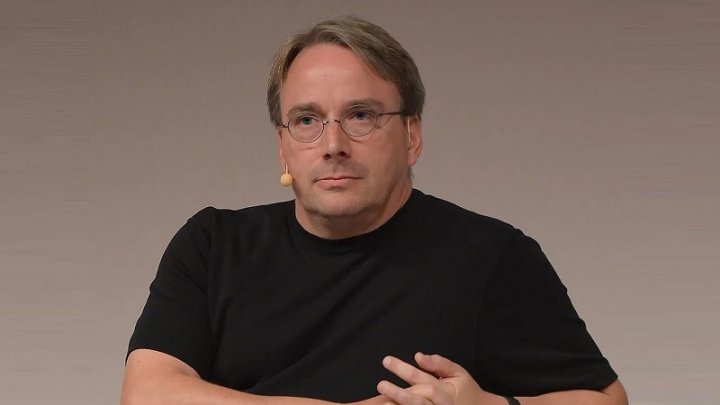 Linus Torvalds recently made harsh comments about one of Intel’s CPU tools. At the heart of the controversy is the Intel Advanced Vector Extensions 512 extension (AVX-512).

The founder of Linux designates this extension as a “power virus” and also says that it was created just to make the company’s CPU hardware perform well in the benchmarks. According to Linus Torvalds:

I hope the AVX512 will die a painful death and that Intel will start solving real problems instead of trying to create magical instructions to have benchmarks against which it can perform well. I hope Intel gets back to basics: get the process working again and focus more on regular code other than HPC or some other useless special case.

These comments were posted on a mailing list, shared by the Phronix website, where the topic of the conversation was exactly the AVX-512 extension that might not be part of Intel’s Alder Lake architecture. 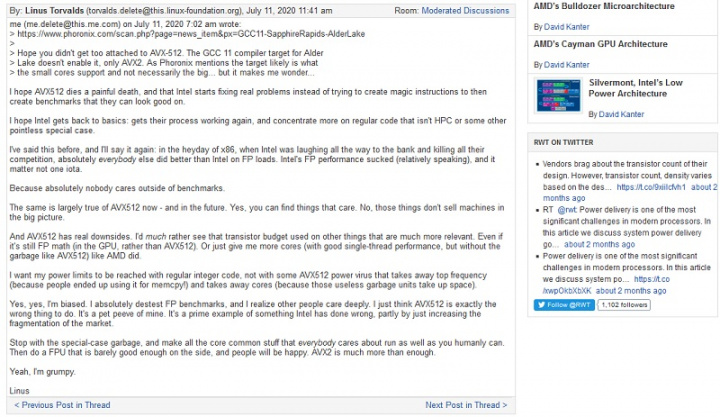 Torvalds also characterizes the extension as a “special case of garbage” and says that nobody wants to know about the benchmarks.

I absolutely hate the FP benchmarks and realize that other people care deeply. I just think the AVX-512 is exactly the wrong thing to do. It is an irritation of mine. It is an excellent example of something that Intel has done wrong, in part just to increase market fragmentation.

Intel launched the AVX-512 in 2013, as an integral part of the Xeon Phi x200 and Skylake-X processors, part of the latest CPUs. The objective was to improve performance in various types of workloads, such as scientific simulations, financial analysis, artificial intelligence, data compression, among others.

However, at the end of the comments, Torvalds acknowledges that he is in a bad mood.

But this is not the first time that Linus Torvalds has attacked Intel, as already in 2018 the Linux founder said that Intel’s fix for Meltdown / Specter was garbage.