Microsoft will launch an eye adjustment function, exclusively for Surface Pro X. This function will come with the Windows 10 Insider Preview Build 20175 update, where it will eventually have a more comprehensive release, in a stable version of the operating system.


This function is bizarre but essentially consists of correcting the user’s eye contact during video calls. If the user looks away during the call, the feature will automatically correct it, making the user maintain eye contact. 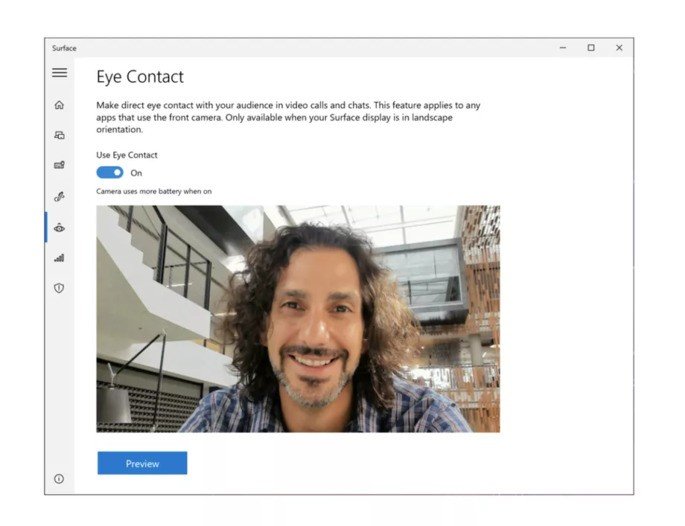 Microsoft claims that this eye adjustment works through Artificial Intelligence. It was programmed on Microsoft’s own processor, the SQ1. This processor, based on the ARM architecture, is part of a bet by Microsoft to launch equipment with its own processors, similar to what Apple is doing.

Not depending on Intel or AMD, Microsoft appears to have more control over features native to the operating system. If the company intends to implement more functions in the future, it will certainly be to see how Microsoft will change Windows in the future.

Eye adjustment will work with most apps that use camera

According to Microsoft, the functionality is compatible with Zoom, Skype, Google Meet, Microsoft Teams and presumably any app that makes use of the front camera. However, it is necessary that Surface Pro X be in landscape mode as it does not work vertically, or portrait mode.

Meanwhile, Apple has been working on a similar function, called “FaceTime Attention Correction”. Supposedly, this feature will appear on iOS 14.