Regarding the new Galaxy S21, Samsung probably will not have big news to give on the day of the official announcement. This is because rumors and leaks that increasingly unveil this new top of the range have been recurring.


Recently, some more images were released, as well as the possible official date of presentation of this range. 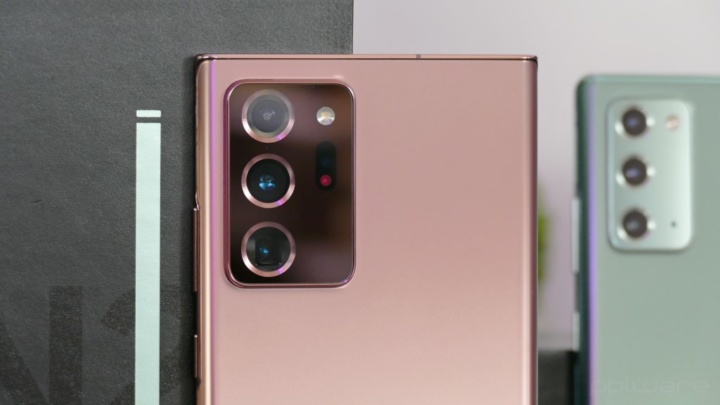 The past few weeks have brought many possible new developments that have been unveiled about Samsung’s next flagship. Even without official information, the Galaxy S21 line is almost fully exposed, having already revealed images, videos and information about the processor and the operating system.

More recently it was revealed that, after all, this smartphone may also not bring a charger or phones. However, some more news has just appeared.

New images released online confirm that the name of Samsung’s flagship will be Galaxy S21 5G and reveal more details of its design.

The Android Police website shared GIFs of three different models, where you can see the front and the camera set. Also the supposed official names appear in the images.

According to the revealed, the Galaxy S21 5G and S21 + 5G models appear in violet color, and the camera module in gold.

Both models are expected to bring a set of three cameras, with the 12 MP main camera, a 12 MP ultra wide angle camera and a 64 MP telephoto camera. The Galaxy S21 + will be a larger version than the base equipment.

READ MORE  Do you have an older iPhone? Then you should also update iOS

In turn, the Galaxy S21 Ultra, as we have seen previously, is expected to bring five cameras. The main 108 MP from Samsung (HM2), a 12 MP ultra wide angle, two 10 MP sensors, with telephoto and periscopic lenses, plus a laser autofocus sensor, similar to the Galaxy Note 20 Ultra.

The camera module is thus larger and the model in question appears in the GIF in black.

Presentation may take place on January 14

According to the information, the Samsung Unpacked, where the new tops will be unveiled, will happen on January 14, 2021. In addition, sales of the phones should start on January 29.