Although Tesla continues to present itself as the most prominent manufacturer in the electric car segment, more and more the remaining manufacturers are presenting new cars that present themselves as real rivals to the offerings of the company of Elon Musk. Now, it will be Nissan’s turn, which will hold a global event for the presentation of its new electric SUV on July 15th.

The new Nissan Ariya will arrive to stand side by side with the newly launched Tesla Model Y, and it looks like it will be able to shake the giant electric car.

It is true that in terms of performance / specifications, the Nissan Ariya seems to place itself a little behind the Tesla Mode Y, while still presenting itself as an interesting alternative.

Currently, the world of electric cars doesn’t have big options when it comes to the AWD SUV (all wheel drive), and the more affordable price of the new Ariya could end up being one of its biggest selling points.

Although an official list of specifications has not yet been revealed, several rumors already give us a good idea of ​​the basic features it will have to offer. Everything indicates that the Nissan Ariya will arrive with a range of almost 500 kilometers, acceleration from 0–100 km / h in less than 5 seconds and a base price that should be around 35,000 euros.

Even though this is the estimated price for the Chinese market, everything indicates that Nissan’s new SUV will reach global markets with a base price that is much nicer than the Tesla Model Y’s 65,000 euros. 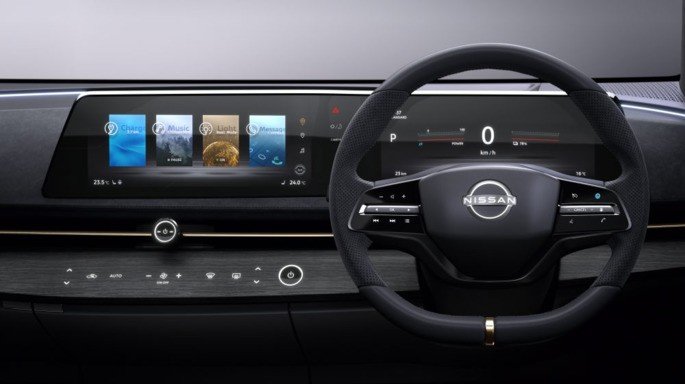 In addition to a sporty design and modern lines, the Nissan Ariya should arrive with an extremely minimalist and clean interior (similar to the Model Y) and with support for OTA (over the air) updates.

The Nissan Ariya will most likely be available only in China until the end of the year, and will then focus on global markets from the beginning of 2021.