With the end of the current generation of consoles, many expect the producers to save the news for the next video games. However, we can still have some pleasant surprises, such as the case of ‘Ghost of Tsushima’, considered the last major PlayStation 4 exclusive.


Produced by Sucker Punch and distributed by Sony, the game, which from the open world, puts us in the shoes of Jin Sakai, a samurai who must fight to prevent the Mongol invasion of Tsushima Island. The game features some very interesting mechanics, in addition to jaw-dropping scenarios. Check everything in detail.

Taking as inspiration a historical event, the game adds its own elements, which justify the present narrative, making it so plausible that it is possible for the player to feel that the developments are part of the fact.

As mentioned, the title takes place on the island of Tsushima in 1274, the period in which the first Mongol invasion of Japan occurred. The main character, named Jin Sakai, is one of the last samurai of his clan and must fight to protect the place where he was born from an implacable general, known as Khotun Khan. 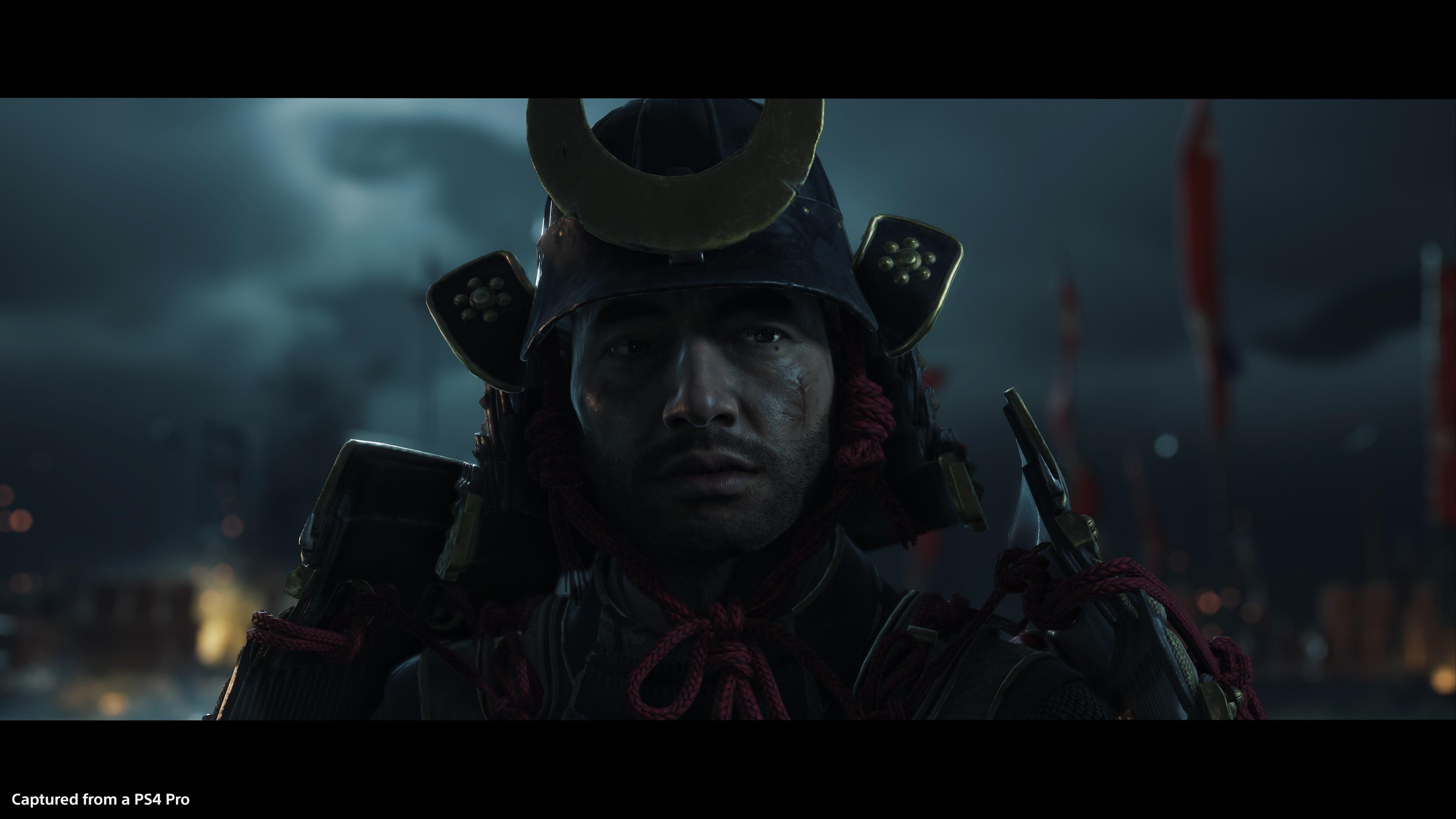 The highlight of the plot, in addition to the story itself, is the way events are portrayed and Jin’s relationship with his allies. As the story progresses, the character meets people – peacefully or not – who can help him defeat the armies scattered across the game map – and take down the terrible threat that bothers the island’s peace.

The relationship with these individuals can be closer as the main character deviates a little from the plan to mitigate the invasion and helps allies in their own conflicts. At a time cited as an example, Jin must help a character to take revenge on a slave smuggler, who stole it from his young family.

In addition to the main story, the title works a lot with Jin’s moral dilemmas. To succeed in his mission, the samurai has in mind that he must distance himself from everything he learned during his life as a warrior. The main objective is to become “The Ghost”.

At all times he was charged with abandoning the teachings of his samurai training – facing enemies head on, with respect – and learning a more stealthy stance to infiltrate Mongolian defenses and destroy them from the inside out. 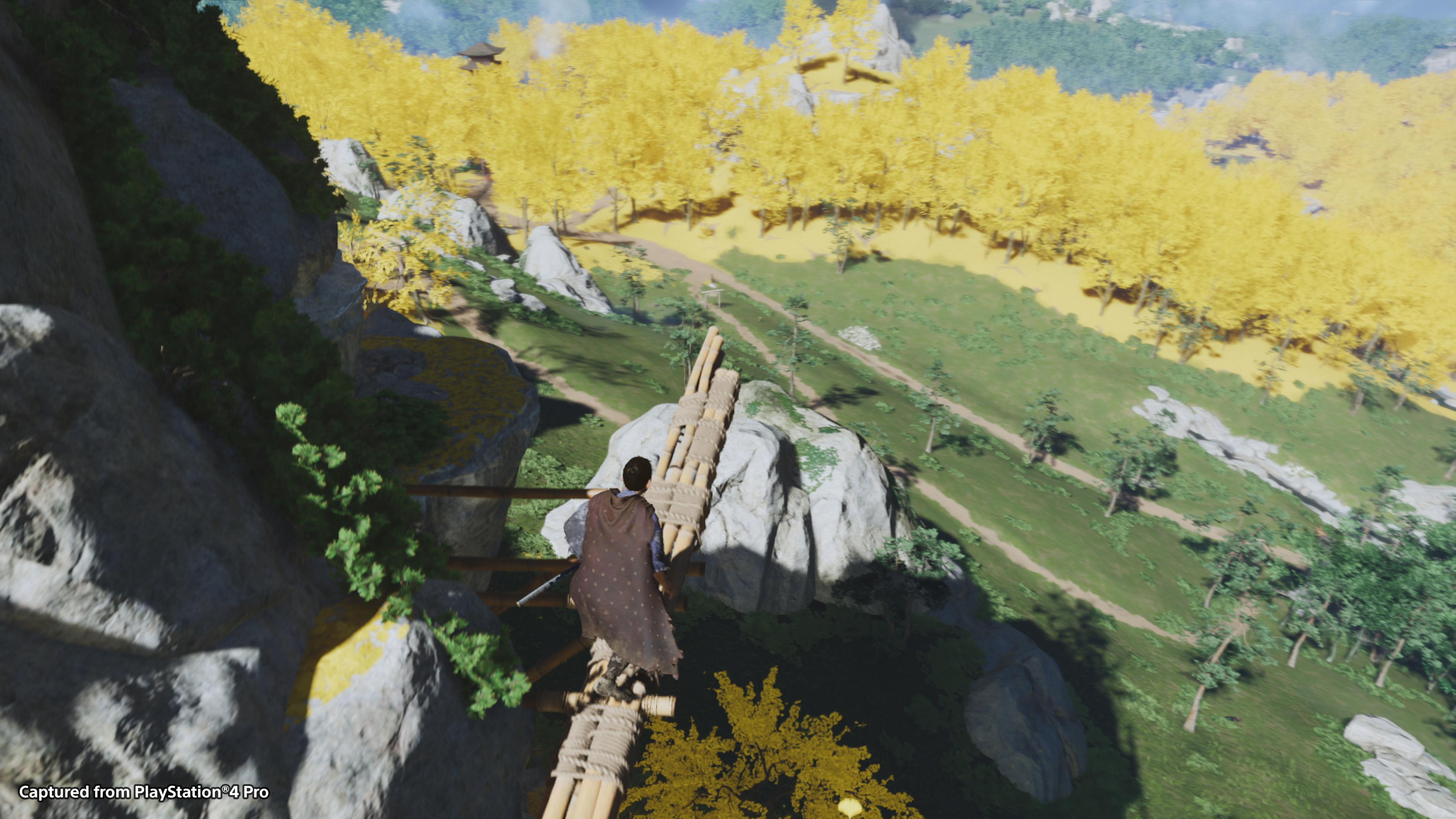 As it is an open world game, how these approaches will be made, it is up to the player. He can stay true to Jin’s teachings, facing all enemies head on, as a samurai would, or assuming the stealth stance, in which opponents are sneaked out.

Because of the proposal, controls are quick and responsive, especially during fights. In the beginning of the game, despite his ability, Jin doesn’t have many resources to face enemies, only his katana. This requires a very interesting learning curve, which encourages the player to observe the opponents’ fighting style to find the correct way to defeat them.

Still, you will die a lot in the beginning. Both due to the barely developed life bar and the difficulty in certain moments. Fortunately, these defeats serve to motivate the player to become a better warrior – as in the Dark Souls franchise.

In the course of the adventure, Jin acquires new combat modes, which significantly improves the character’s accuracy and abilities, making the fights become increasingly diverse, especially when different types of enemies appear. 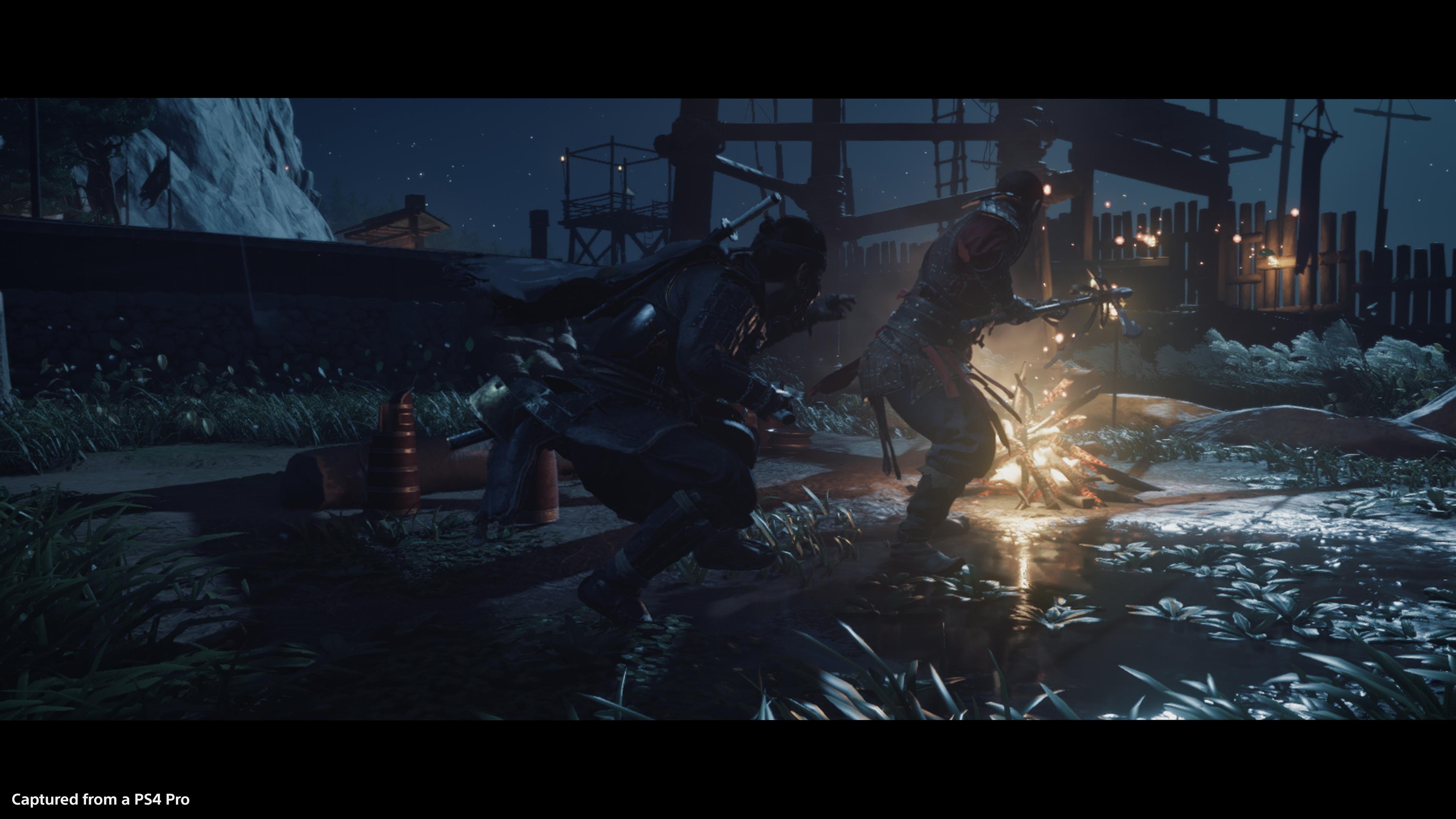 It is possible to switch between specific combat styles for each type of opponent. In the beginning, for example, Jin can easily break the defense of the most basic enemies. As it evolves – killing or observing rival camp leaders – new battle stances are learned.

In addition to the main weapons, the player has at his disposal equipment that helps in his journey. It is possible to use a bow and arrow to defeat enemies who are far away, smoke bombs to get out of danger, kunais to stun opponents and even sticky bombs capable of killing depending on where she is trapped.

Regarding the personalization of the character, it is possible to notice that the game drinks from the source of some RPGs. Especially when it comes to the available armor. To improve them, the player can add “charms” to gain specific attributes, in order to improve the character. They are not “plastered” and do not need to be used completely, the gamer can define which parts he prefers to equip – choosing the ideal cover for the torso, head and legs, for example. Many of them are even better for specific types of approach. A lighter outfit, for example, makes it easier for the character to hide in the middle of vegetation to stealthily kill enemies; while something heavier absorbs more data in close combat.

In addition to the improvements mentioned, the player can evolve the character according to the approach he wants to adopt. The techniques available are divided into three categories: Samurai, Postures and Phantom. All improvements within each category can be purchased with points acquired in battle. 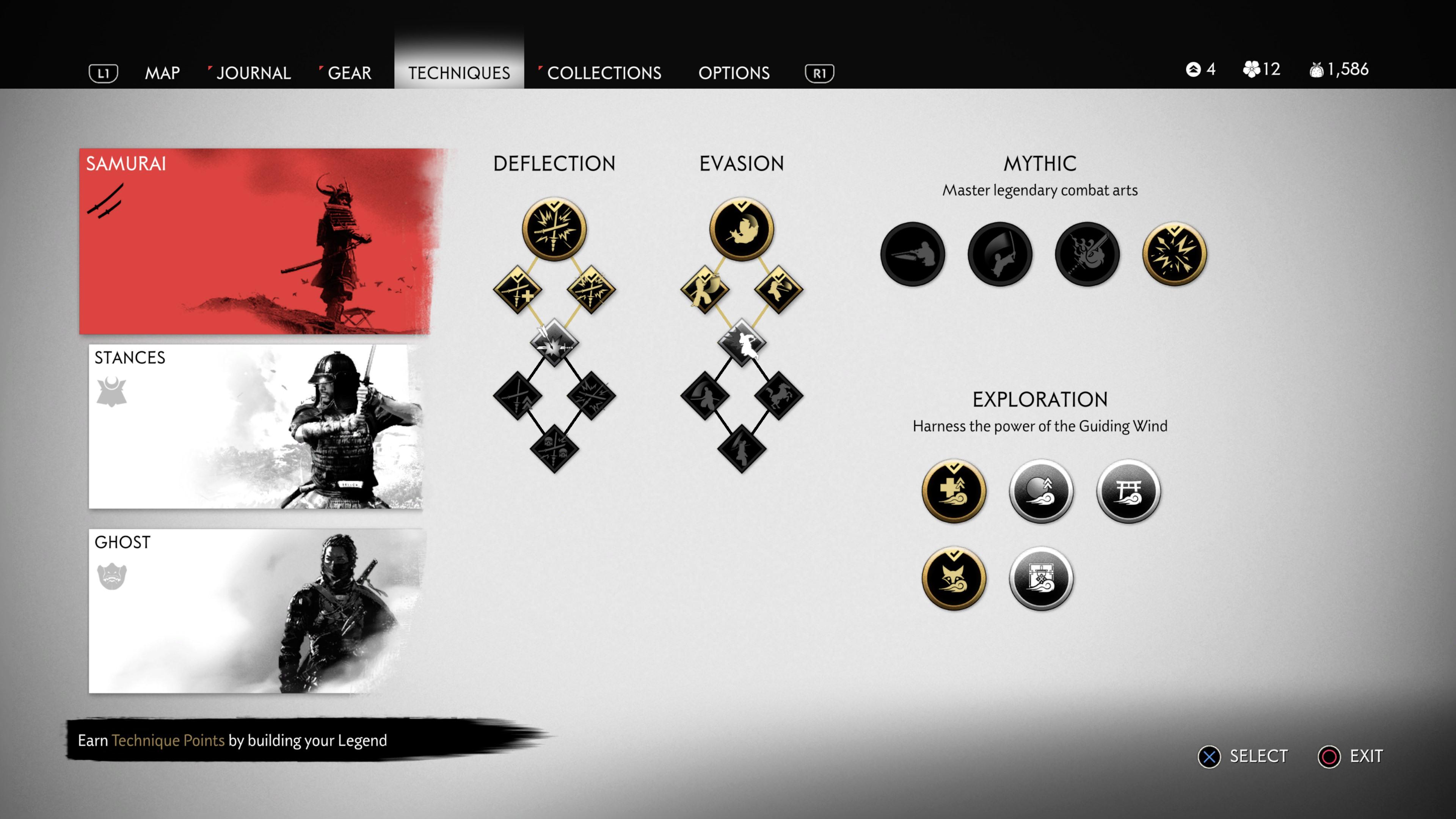 READ MORE  In "Windbound" players sail for their lives

‘Ghost of Tsushima’ has some of the most beautiful scenery I’ve seen in games. The island has a gigantic plurality of locations, making exploring it, in addition to helping progress, be a delight to the eye. 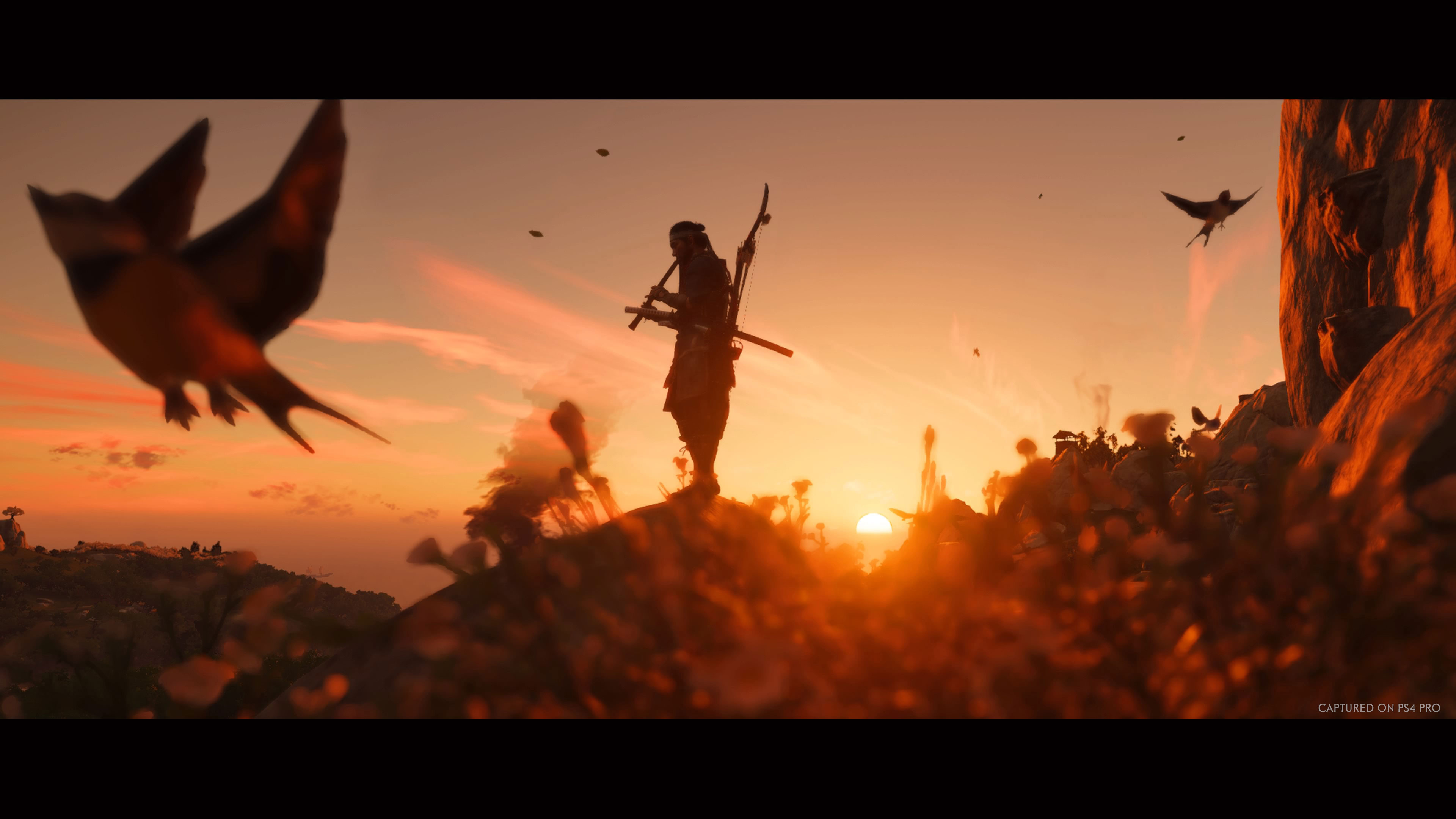 There are fields of flowers, farms, lakes and other breathtaking landscapes. The presence of an easily accessible photo mode helps to capture those moments. It is quite common for you to want to stop on your way just to photograph that landscape. 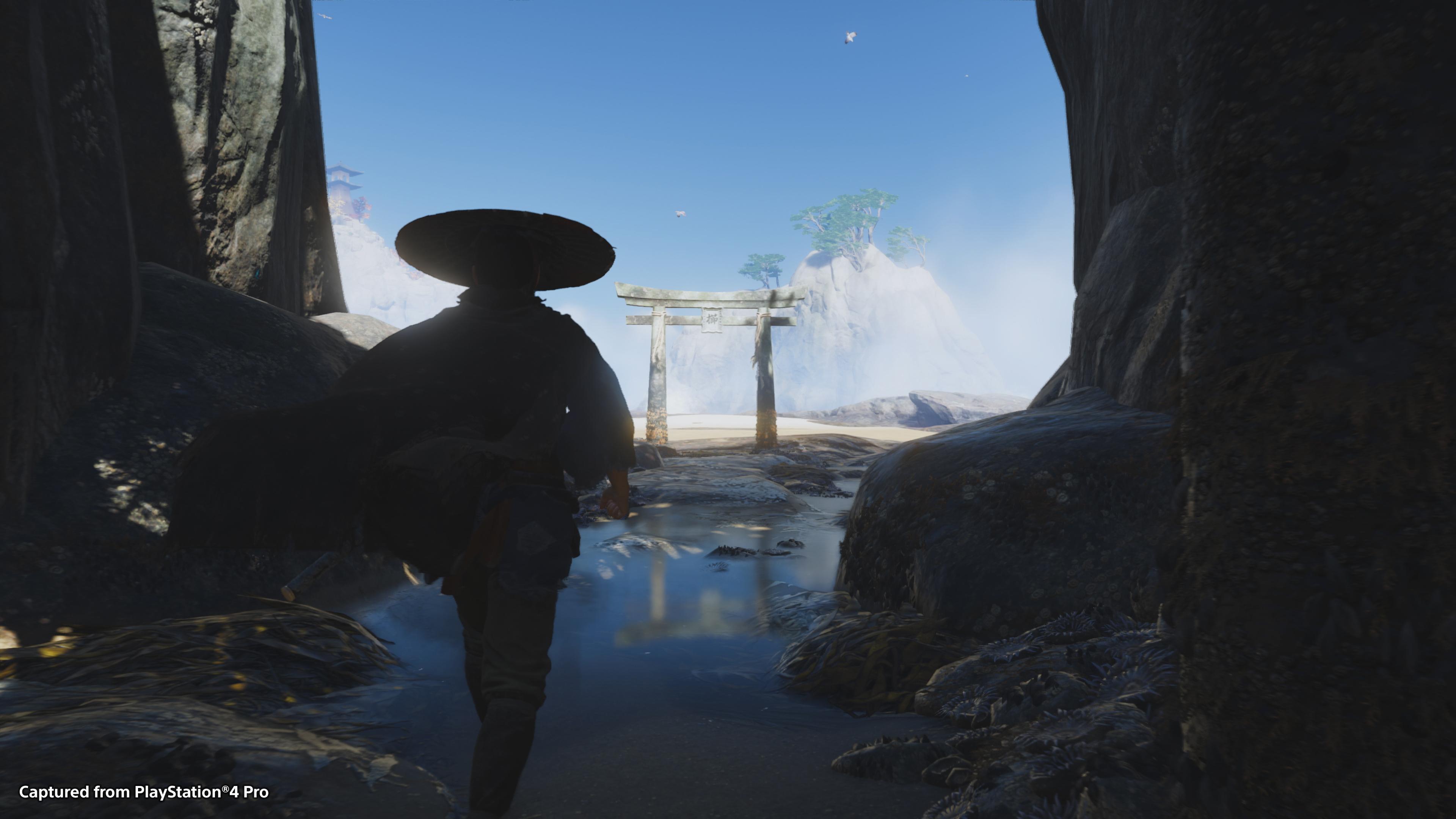 The play of light and shadow present is also quite competent, giving a greater realism to the game environment. There is also a dynamic climate system, in which the weather changes from time to time – in addition to dusk and dawn depending on the time you spend combing the scenery.

It is quite common to notice clouds forming on the horizon announcing a storm, or the sun appearing after these periods. In case you are tired of that condition – or just want to play the weather lord – Jin has a flute at his disposal that can change the climate. Just select the specific music for each change – they are learned from crickets found in the scenario, which reinforces the importance of exploration. 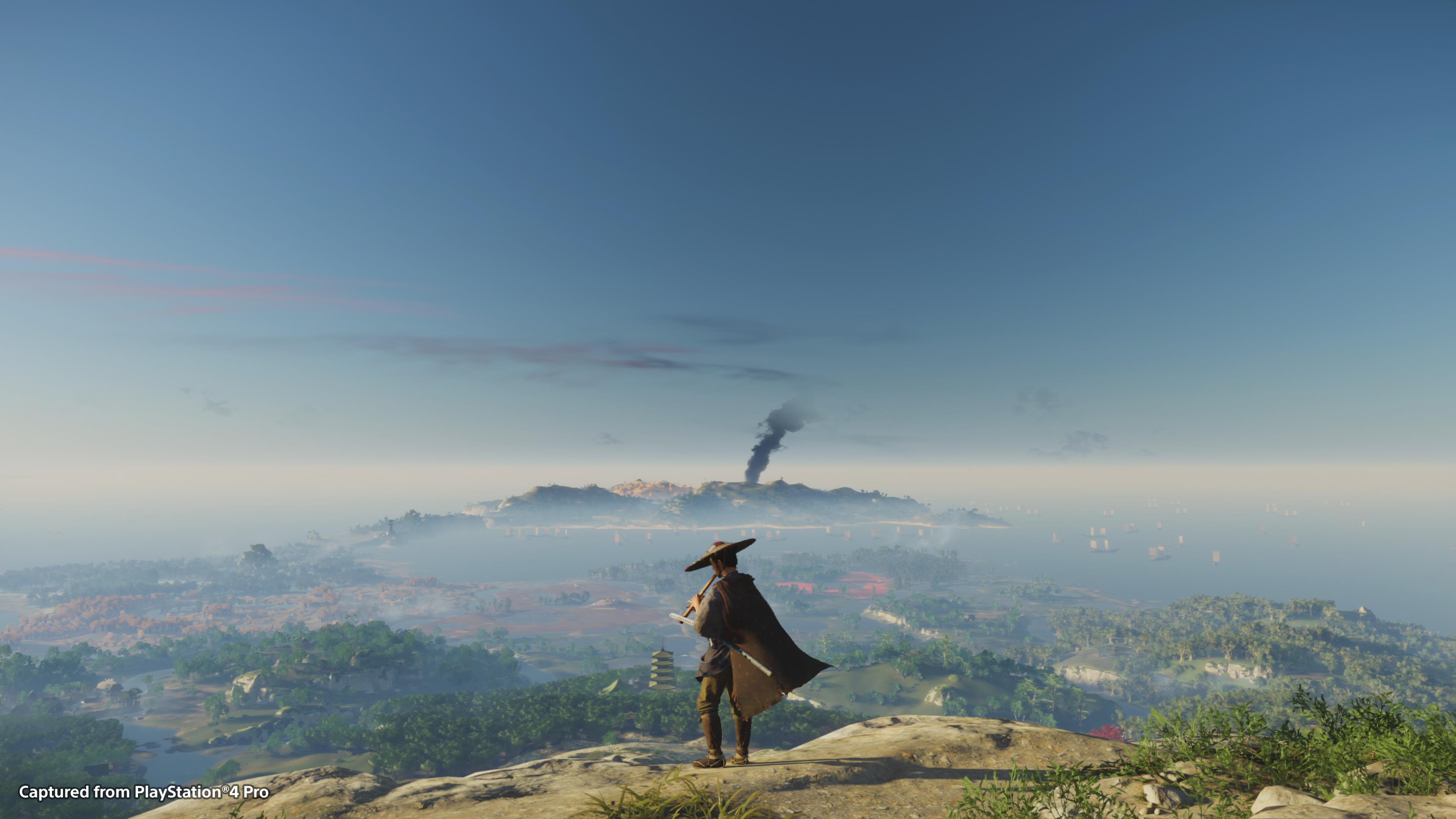 The adventure map is relatively large, guaranteeing hours of exploration. So that the user does not get lost, it is possible to define points of interest when accessing it. However, to reach them, the player does not have any indication on the screen, he must follow the wind.

Yes that’s right. The wind is responsible for guiding you to the objectives marked on the map. Because of this, it is important that every time you accept a mission, keep an eye on the vegetation to see which way the wind is pointing. This makes things much more artistic for the game, making nature a great ally.

In addition, to indicate the location of side missions and specific events, during the exploration, the player can find yellow birds and foxes. Just follow them to find a reward or a side quest.

I currently have about 30 hours of play. I finished the main campaign, but I still haven’t been able to see everything the game offers me. I am finding points of interest little by little. I consider these additions to be very important in defining a possible replay factor or maintaining the title’s useful life after the main story ends.

Before starting a game, the player can choose how the game is presented. Obviously, there is a normal way, the way the game was designed, but there is also a way called “Kurosawa”, a tribute to the famous Japanese filmmaker. 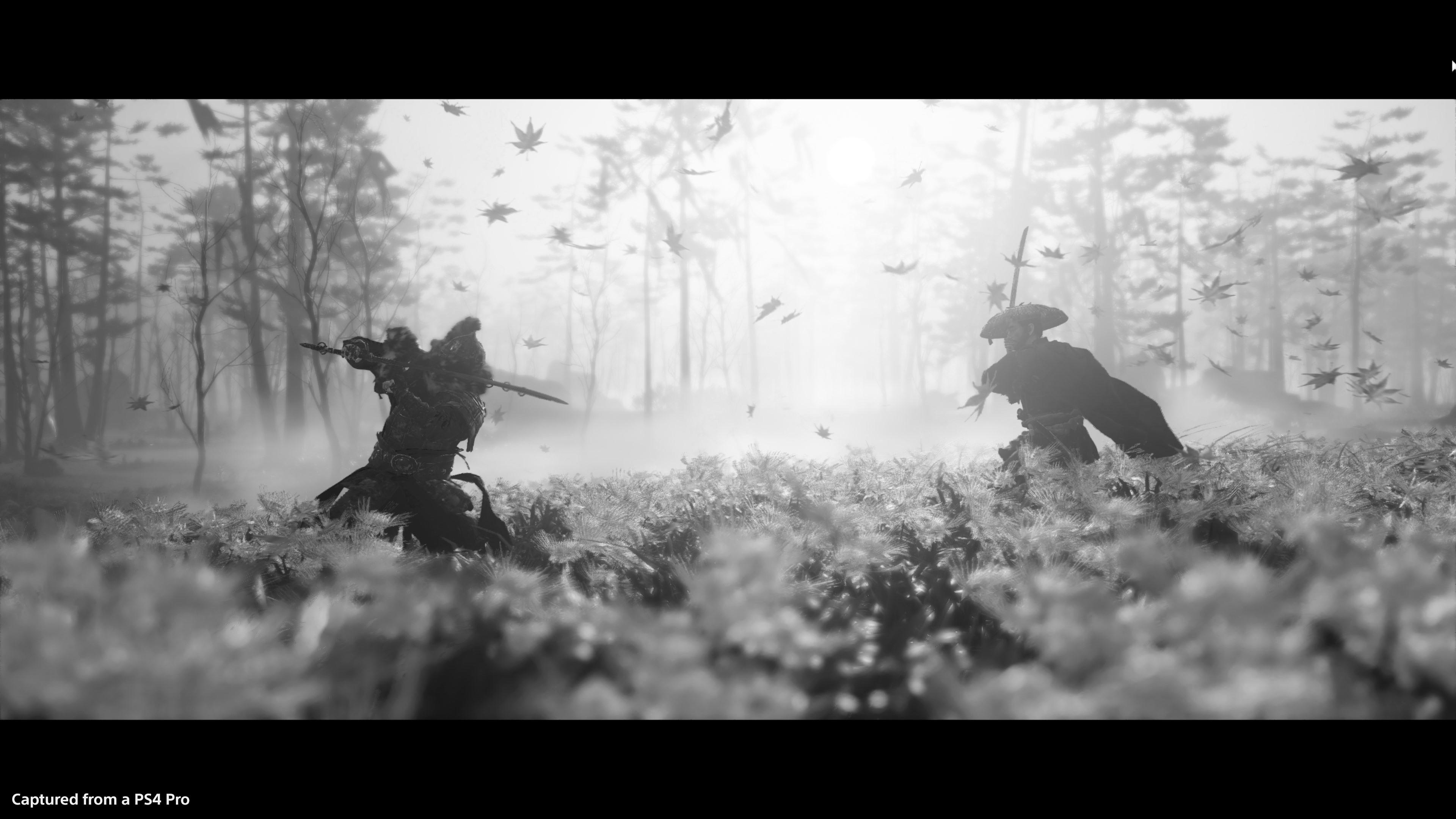 With the activation of the functionality, a filter applied over the game, making it black and white, with the appearance of the samurai films for which Akira Kurosawa became famous. I confess that I tested less than I would like this way, but I felt like I was in a classic film of the genre.

Another interesting feature of the title is the presence of extreme violence. Given the proper proportions, the game would make Quentin Tarantino’s films envious during the fighting. It is common for Jin, during enemy submissions, to pull out a limb or impale the body with his katana. With that, you can see liters and more liters of blood coming out of the opponent.

When faced with groups of enemies during the journey, there is still an option for “Confrontation”, which refers to those found in Old West films. Here, Jin is in a position of attack and must wait for the right moment to deliver a blow that is often fatal. This causes, from a certain point – and with the fame gained by the character as he progresses – the remaining enemies are afraid of the samurai after the event.

They drop their weapons and run most of the time, while others are crawling on the floor, incredulous with what they just witnessed. However, if the player misses the right time, the enemies go upwards, resulting in the character’s death, since the vitality bar is almost completely reset.

As not everything is perfect, I have some reservations about the combat, especially in group meetings. The artificial intelligence of enemies is generally good, but at certain times it is common to be facing a group of opponents and, while you focus on one of them, the others are waiting for the “turn to die”. Fortunately, it doesn’t happen that often.

‘Ghost of Tsushima’ is a pleasant surprise for the end of Sony’s current generation. With a very interesting environment and mechanics that make us feel like a true samurai, the game collects more hits than mistakes, which shows Sucker Punch’s care in delivering a title that captivates the player in many ways. It is certainly one of the best games of the generation.

The game, which is exclusive to PlayStation 4, is scheduled for release on the 17th. It is worth remembering that it is completely located in Portuguese (audio and subtitles), but there is the option of playing it with Japanese dubbing, which, in in some cases, it may be the ideal option for some players who want a genuine samurai experience.

Analysis made on a PlayStation 4 Pro from a copy of the game sent by Sony.