It was just a few days ago that OnePlus presented its latest smartphone model. The 8T renewed the brand’s offer and opened the door to the most recent hardware available on the market.


The expectations for this new smartphone were high and now it seems that they have finally been exceeded. In just 1 minute of sales, the Chinese brand had broken records and achieved revenue figures from sales that exceed all OnePlus goals. 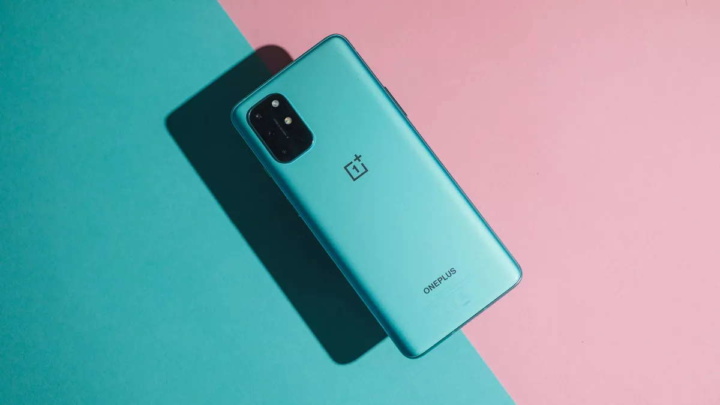 Table Of Contents hide
1. OnePlus 8T is a sure bet in the market
2. Sales of this smartphone break records
3. Specifications that reveal the brand’s position

OnePlus 8T is a sure bet in the market

After many rumors and much information that was revealed ahead of time, OnePlus finally announced the 8T. This was officially presented last week, revealing to the world everything it has to offer users.

With top specifications, this smartphone also has a price that is far from the competition. The brand bets on proven components and does not seek to innovate drastically, thus keeping these devices accessible. 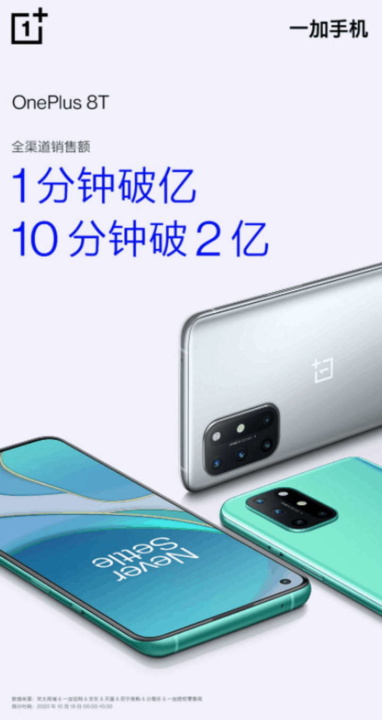 Sales of this smartphone break records

Sales of the OnePlus 8T were expected to be high, but the brand never thought to reach the level it has now achieved. In just 1 minute, after sales started, records were broken for the brand. Altogether, and from what the brand revealed, it was 100 million yuan (14.9 million dollars or 12.7 million euros).

The brand also revealed that in the next 9 minutes, that is, in the first 10 minutes, that value was doubled. After 10 minutes, 200 million yuan (29.8 million dollars or 25.4 million euros) were collected.

READ MORE  AMD, Apple, Xiaomi, Tesla and Zoom were the best brands of 2020 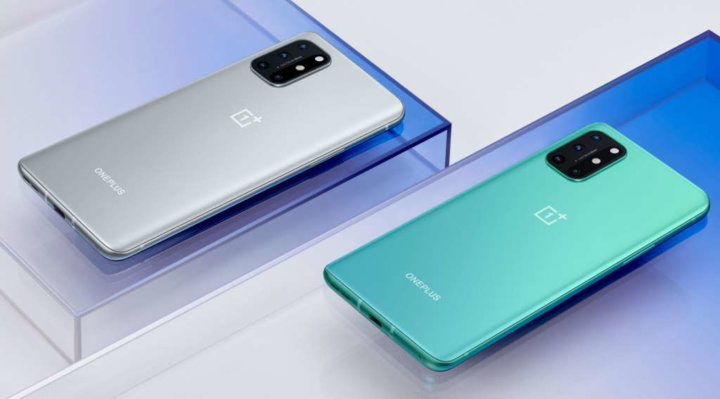 Specifications that reveal the brand’s position

The specifications that OnePlus brought to the 8T elevate it compared to previous models. So we have in mind the Snapdragon 865 and 8 and 12 GB of RAM. In terms of storage the brand bet on 128 and 256 GB. The big difference is even in the photography module, which now has 4 cameras.

This is certainly excellent news for OnePlus and its smartphones. He realizes that sales are growing and that the 8T should be a case of success, one more for this brand that wants to conquer its space in the market.