Over the past few months it had been said that Qualcomm would introduce the Snapdragon 865+. Without any prediction for this event, today the American company officially presented its new top processor.


As happened last year, this Snapdragon 865+ is an improved version of the Snapdragon 865. The new SoC features higher processing speeds and a graphics 10% higher than that included in its predecessor. 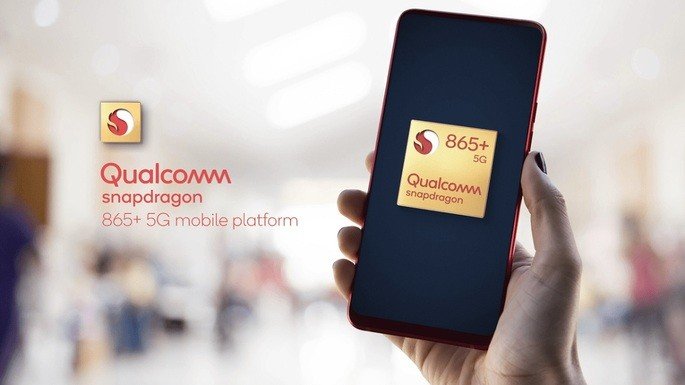 Table Of Contents hide
1. Snapdragon 865+ is the first processor with frequencies above 3GHz
2. 5G will also be a focus of this new processor
3. Which smartphones are equipped with the Snapdragon 865+

Snapdragon 865+ is the first processor with frequencies above 3GHz

The new Snapdragon 865+ has the same Kryo 585 cores, however, the main one now comes with a frequency of 3.1GHz. This is perhaps the main novelty of this processor and that makes it the first on the market to overcome the 3GHz barrier.

The remaining cores of the Snapdragon 865+ keep the 2.4GHz of the previous model. These will certainly be in charge of the less demanding tasks to which your smartphone will be submitted.

In terms of graphics, we also have news, thanks to a 10% performance increase on your Adreno 650 GPU. A key increase in the role that the new Snapdragon 865+ should fulfill in the market.

After all, Qualcomm is advertising its new processor with a strong focus on gaming. The American talks about a desktop experience thanks to the new Snapdragon Elite Gaming features. One of the most important is the possibility to update your GPU drivers.

5G will also be a focus of this new processor

Also to mention support for Wi-Fi 6E, which will guarantee speeds of up to 3.6Gbps. We also have Bluetooth 5.1 support, Quick Charge 4.0+ fast charging and the same ISP as the model launched in late 2019.

Which smartphones are equipped with the Snapdragon 865+

Many of the tops of the range launched in the remainder of the year will be readable to take advantage of this new processor. The OnePlus 8T and 8T Pro should be some of the supported models or even the Samsung Galaxy Note 20.

For now, we only have confirmation that the Asus ROG Phone 3 will feature the Snapdragon 865+. More models are expected to be added to this list soon.