Realme continues to be one of the fastest growing manufacturers, especially with the launch of several smartphones for the mid-range and entry-level segments. One of the latest smartphone budgets launched in the Asian markets was the Realme C11 and according to new information, it is about to be launched in Europe.


According to a recognized leaker on Twitter (@ Sudhanshu1414), the Realme C11 is expected to arrive soon in the various European markets with a price between € 100 and € 120. Although its price is slightly higher than in Asia (around € 88), it will continue to offer an interesting price / quality ratio.

However, the Realme C11 may face two rivals that will make life difficult for him. Although they have not yet been officially launched in Portugal, it is believed that it is only a matter of time for the Redmi 9A and Redmi 9C to be launched in the various European markets. 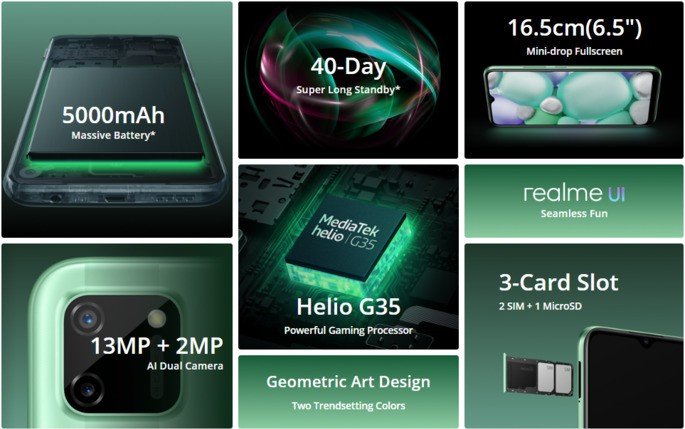 As you would expect in a smartphone intended for the entry segment, its specifications are far from being the most attractive. However, for those who have a tight budget, this type of smartphones present themselves as an excellent option, offering reasonable performance at a very affordable price.

Although the leaker indicated that Realme C11 will soon arrive in Europe, no concrete information on possible dates has been revealed.

READ MORE  Samsung Galaxy Note 20: prices may be lower than the mentioned!