Samsung is in the habit of launching the “s” versions of its intermediaries with minor improvements over the original models. These changes have always been for the better and the next victim of this strategy will be the popular Samsung Galaxy A51.

The new Samsung Galaxy A51s 5G has already been seen in several regulatory bodies, which indicates that its launch will be soon. But more importantly, it allows us to check some of your hardware.

This detail can be confirmed thanks to the passage of the smartphone through the Geekbench platform. It is thus confirmed that the Samsung Galaxy A51s 5G will be compatible with 5G networks, thanks to one of the most coveted processors today. 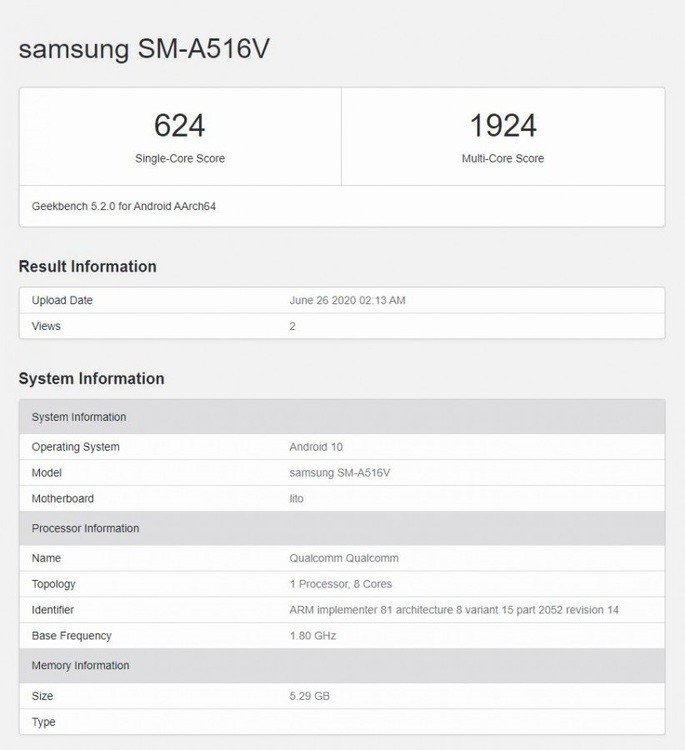 The Snapdragon 765G suffers enormous popularity thanks to its performance very close to its top-of-the-range brothers. Incidentally, this can be confirmed with the score that the Galaxy A51s 5G managed to achieve on this platform.

It should also be noted that the Samsung Galaxy A51s 5G was screened by the Wi-Fi Alliance, confirming the presence of Wi-Fi dual-band. We still have to report its passage through the entity NFC Forum, which also confirms the presence of this technology in the equipment.

Still, these are very important differences that will offer you an above average performance. To give you an idea, the Snapdragon 765G is the processor that should equip Google Pixel 5 and OnePlus Nord.

We still have no indication of when the Samsung Galaxy A51s 5G can be introduced, but it shouldn’t be long. When prices are concerned, they should be around 400 €.