As in the past year, Samsung is already working on a Lite version of the flagship Galaxy S20. However, in 2020 this more accessible equipment may be unveiled in October.


Something that may be an indicator of this anticipation is the recent passage of the Samsung Galaxy S20 Lite on the Geekbench platform: More than that, the presence of the processor is confirmed Qualcomm Snapdragon 865. 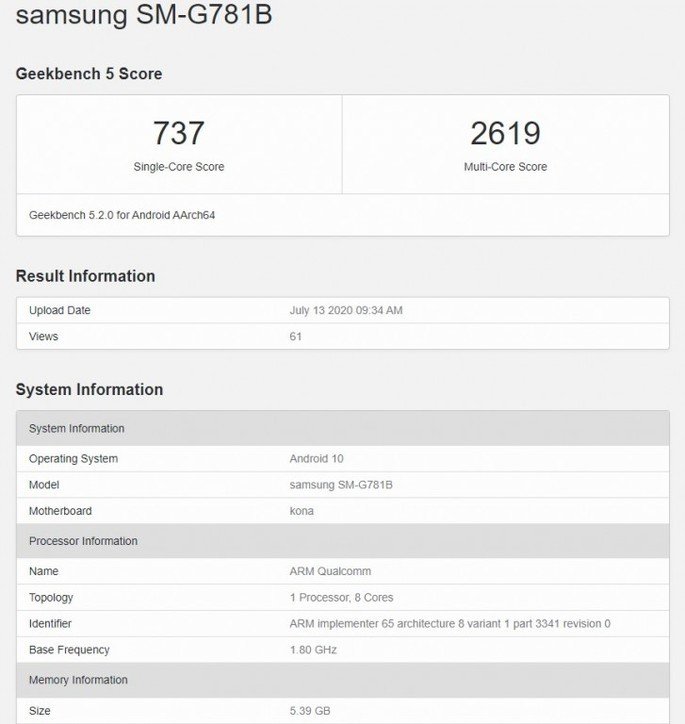 After all the controversy over the performance difference between the Snapdragon 865 and the Exynos 990 on the Galaxy S20, it is with good eyes that fans see the use of the American processor. This means that all criticisms aimed at Samsung’s new processor will not apply to this S20 Lite.

It is further confirmed that the Samsung Galaxy S20 Lite will come with 6GB of RAM. Judging by what happened to its predecessor, this should be just one of the available variants, with the South Korean also selling an 8GB version.

What else to expect from the Samsung Galaxy S20 Lite

As yet, there are not many details known about the Samsung Galaxy S20 Lite. The use of the Snapdragon 865 has now been confirmed, but there is much more to discover.

In order to lower its price slightly, it is expected that Samsung will make some sacrifices in this equipment. One of them should be at the level of your screen, which in addition to a lower refresh rate, should not have any lateral curvature.

Your cameras are also expected to undergo some modifications. Although it is plausible to keep three lenses, their purpose and quality should be lower than what we see on the Galaxy S20.

If the Samsung Galaxy S20 Lite is really unveiled in October, it won’t be long before more information comes up. After the Galaxy Note 20 was revealed, the first will become the focus of the South Korean.