Almost everything is ready for the launch of the Sentinel-6 Michael Freilich satellite, which at 1,300 kilometers high will be tasked with collecting sea level measurements with an accuracy of a few centimeters for more than 90% of the world’s oceans. The equipment will take off on November 10 aboard a SpaceX Falcon 9 rocket from Vandenberg Base Area in California.


Named after Michael H. Freilich, former director of the NASA Earth Science Division, the satellite is the result of collaboration between the American agency, European Space Agency (ESA), European Organization for the Exploration of Meteorological Satellites (EUMETSAT ) and the National Oceanic and Atmospheric Administration (NOAA), with the contribution of the French space agency CNES. 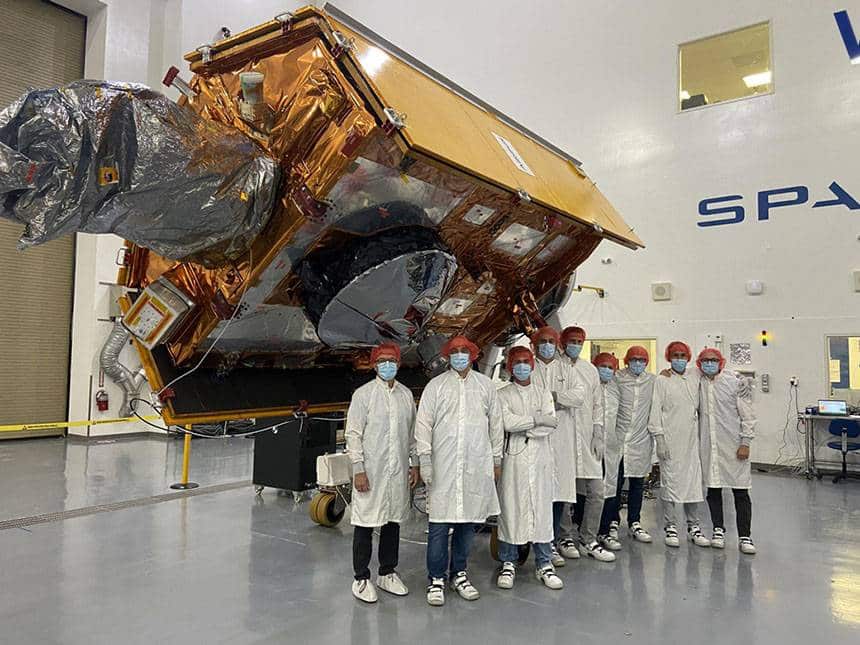 Sentinel-6 satellite Michael Freilich is making final preparations in a clean room at Vandenberg Air Force Base in California for the launch in early November.
Image: ESA / Bill Simpson

Sentinel-6 maps 95% of the Earth’s ice-free ocean every 10 days and provides crucial information for operational oceanography and climate studies. Much of the satellite’s path within the area of ​​intense radiation known as the South Atlantic Anomaly. For this reason, engineers and researchers have subjected the Sentinel-6 Michael Freilich to a battery of tests to ensure that the spacecraft survives the launch and the hostile environment of the space.

A second identical Sentinel-6 Michael Freilich spacecraft, the Sentinel-6B, will be launched in 2025 to continue work after the completion of the unit’s five-and-a-half-year main mission. The mission is to add a decade of the most accurate satellite data ever made on the height of the ocean, documenting how our seas are rising in response to climate change. Data on atmospheric temperature and humidity will also be collected to help improve weather forecasts, as well as atmospheric and climatic models.

To achieve the level of precision expected by scientists, Sentinel-6 Michael Freilich has a set of three instruments. The first is a laser retro-reflective matrix, which measures the distance from the ground. The second, the Global Navigation Satellite System – Precise Orbit Determination (GNSS-POD), tracks GPS and Galileo navigation signals.

The satellite also has other research instruments, such as the Poseidon-4 radar altimeter, which measures the height of the ocean reflecting the radar pulses on the water surface and calculating the time it takes for the signal to return to the satellite. Since water vapor in the atmosphere can affect the propagation of altimeter radar pulses, Sentinel-6 has an Advanced Weather Microwave Radimeter that measures the amount of water vapor between the spacecraft and the ocean .

Not only that. The Global Navigation Satellite System – Radio Occultation (GNSS-RO) gathers temperature and humidity data for future weather forecasts. The method by which it makes this interesting by itself: it analyzes radio signals from navigation satellites as they cross the blue edge of the planet’s atmosphere. As these signals travel through different layers of the atmosphere, they bend and decrease to varying degrees – depending on the temperature and humidity at different altitudes.

“Sentinel-6 Michael Freilich is a major contributor to the study of climate change and monitoring of the environment. The satellite is a reference model for cooperation between the US and Europe in Earth observation and represents a good basis for future projects” , says Josef Aschbacher, ESA’s Director of Earth Observation Programs.