Tesla has recently launched great news for Autopilot, implementing new features long desired by fans of the brand. One of them was the “Traffic Light and Stop Sign Control”, which basically allows the car to recognize and take actions depending on the signals it sees.

However, Burger King has encountered a peculiar flaw in this new feature, which makes Tesla cars recognize its logo as a STOP sign and stop in front of restaurants. Missing this opportunity, they ended up launching a hilarious advertising campaign.

To maximize the impact of this advertising, which was already destined to go viral, the company encourages users of Tesla cars to take pictures of this event. Through sharing via Twitter with the hashtag #AutopilotWhopper “, users receive a code that gives them a free burger.

As you would expect, in less than a day the ad went viral and many users were sharing their experiences with this peculiar flaw in the Autopilot functionality. 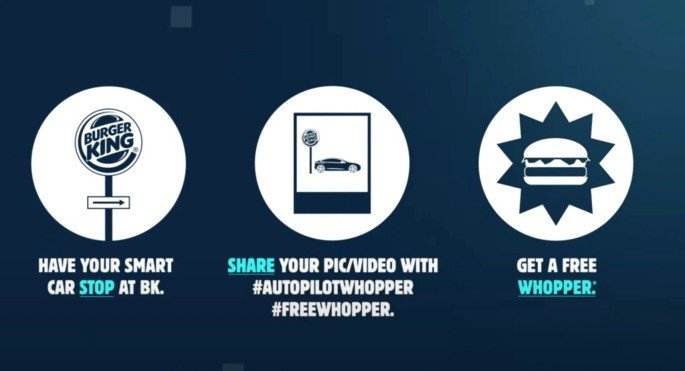 Tesla Autopilot flaw is expected to be fixed very soon

It is important to note that the new Autopilot functionality is still in the process beta, meaning that the presence of minor bugs and inconsistencies in your performance is expected. In a normal situation, it would be expected that eventually a user would report the problem and the manufacturer would eventually correct it with a small update.

However, considering all the media coverage generated by this advertising, it is expected that the developers responsible for the development of features for Tesla’s Autopilot will launch a new update in the coming days.

Apple wants the Mac’s assist to ‘kill’ the Apple iphone

Olympus gives up on cameras! Smartphones were to blame