Xiaomi’s sub-brand, Poco, is about to reveal yet another smartphone. The Xiaomi Poco M2 Pro should be an intermediate terminal and will fit like a glove in the smartphone market for just over € 200. At least that is expected.

The rumors about the smartphone are not many, however, some say that this phone will be nothing more than a “rebrand“from the well-known Xiaomi Redmi Note 9 Pro.

The video was published by Poco India and gives us the first glimpse of the equipment lines. Unfortunately, we cannot draw many conclusions from this short video. We have a clear idea that we will have 4 main cameras and a slightly curved back in the corners of the smartphone.

The rumors have pointed out that the terminal will arrive with a lateral biometric sensor, that is, with this decision we can also imagine that the device will not arrive with an OLED screen.

Poco has been publishing on its exclusive FlipKart page, online store in India, some images that make us understand that one of the focuses of this Xiaomi Poco M2 Pro will be the loading speed.

It is entirely plausible that the terminal will arrive with more than 20W of charging, however, do not expect the smartphone to compete with the top of the range Xiaomi. Even if it’s just for fast charging.

Xiaomi Poco M2 Pro will be revealed on July 7 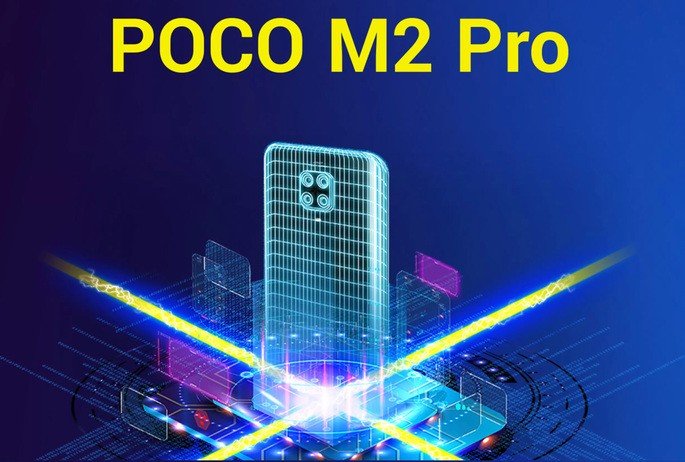 Xiaomi also confirmed that the new Xiaomi Poco M2 Pro will officially arrive on July 7. We do not have information on the possible markets for this smartphone. However, if the terminal is identical to the Redmi Note 9 Pro, we do not think it will be able to arrive in Portugal.