We often say that Samsung’s Note line is in a league of its own. This is because, in the spectrum of high-end smartphones, it navigates alone by offering support for a smart pen (something will even change with the arrival of the Galaxy S21 Ultra).


Nevertheless, there are devices in the mid-range segment whose objective is to offer support for a smart pen (stylus). And the Motorola G Stylus 2021 is the next big alternative in this regard.

Through an information leak from the reliable Steve Hemmerstoffer (@OnLeaks), we now have access to renders unofficial smartphone. This same source claims to be able to confirm the specifications previously advanced by Evan Blass.

We will thus have a 6.8 ”inch smartphone, 169.88mm high. This means that it will be larger than the Note 20 Ultra. It will have a flat screen, with a small hole for the front camera in the upper left corner.

Behind, as shown by the images, we will have four cameras. This setup will consist of a main sensor of 48MP, an ultrawide of 8MP, a macro lens of 5MP and a depth sensor of 2MP. Also behind is the fingerprint sensor. 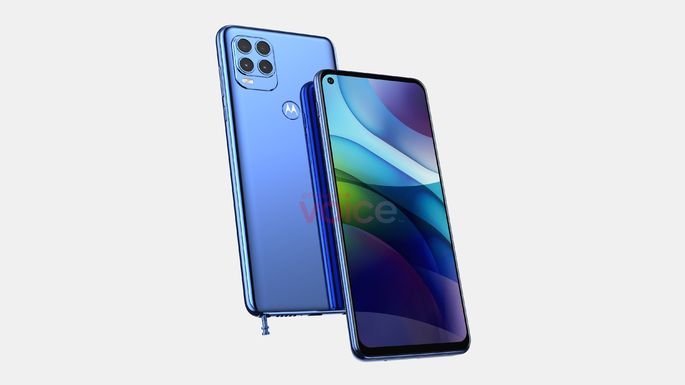 In addition to the stylus slot, there is also space on this smartphone for a 3.5mm jack slot. The smartphone is expected with the Snapdragon 675 processor, not surprising for 2021. Even with these features, Motorola saved space on the smartphone for a 4000mAh battery. Something that should be sufficient for autonomy of at least one day of use.