The list of games postponed due to the coronavirus pandemic has just gained two more new names. Now, the games are only from Ubisoft, which announced the change in plans in its latest profit balance. In it, the company says it is changing the launch of two games for its fiscal year 2021/2022.


Ubisoft’s fiscal year starts in April, which implies the postponement of “Far Cry 6”, previously scheduled for February 18, 2021, and “Rainbow Six Quarantine”, scheduled for the end of this year, sometime between April 2021 and March 2022.

Yves Guillemot, CEO of Ubisoft, even suggested a possible delay for “Far Cry 6” in May this year. “This remarkably reflects the possibility that we may decide to postpone the launch of an AAA title to 2021/22, if that will guarantee the maximization of the long-term potential of our training,” said Guillemot at the time. 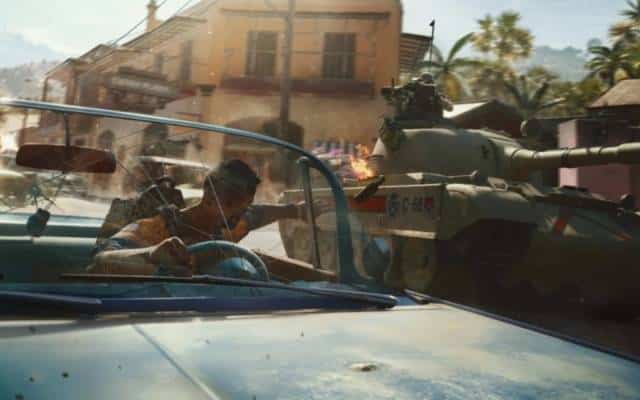 “Far Cry 6” is one of the postponed games for Ubisoft’s next fiscal year. Image: Ubisoft / Reproduction

It is worth remembering that “Rainbow Six Quarantine” had already been postponed in October 2019, for the 2020/21 fiscal year of Ubisoft, along with “Gods & Monsters” (game now known as Immortals Fenyx Rising) and “Watch Dogs Legion” . Both then and now, the game has no release forecast.

“Far Cry 6” is the latest game in the open world shooter franchise produced by Ubisoft. In it, you play as Dani Rojas, a resistance fighter who tries to overthrow the regime of Antn Castillo, president of a fictional island in the Caribbean called Yara. Castillo played by Giancarlo Esposito, an actor known for his role as Gus Fring in the series “Breaking Bad” and “Better Call Saul”, and recently Stan Edgar in “The Boys”.

During the pre-show of the last Ubisoft Forward, Far Cry VR: Dive Into Insanity was announced. The game, produced in a partnership between Ubisoft and Zero Latency VR, will bring the entire frying experience of Far Cry fighting into a virtual reality environment.

Far Cry VR: Dive Into Insanity will take place on Rook Island, the same island as Far Cry 3 and put players to face one of the favorite villains of the entire franchise, Vaas Montenegro.

The game will be a virtual reality experience based on location, that is, to play it you need to go to some immersive entertainment center of Zero Latency VR. There are more than 45 spread across North America, Europe, Asia and Oceania, which means that there are no company locations here in Brazil and, unfortunately, there is still no forecast for this.

Check in real time the COVID-19 in Brazil:

Huawei receives good news! US are willing to ease sanctions