Apache is the most widely used web server worldwide. Flexibility, documentation and a huge community are some of the strengths that make Apache different from the competition.


After we have already transformed our Ubuntu into a LAMP and installed the Webmin, we will learn how to have multiple sites on a single server. 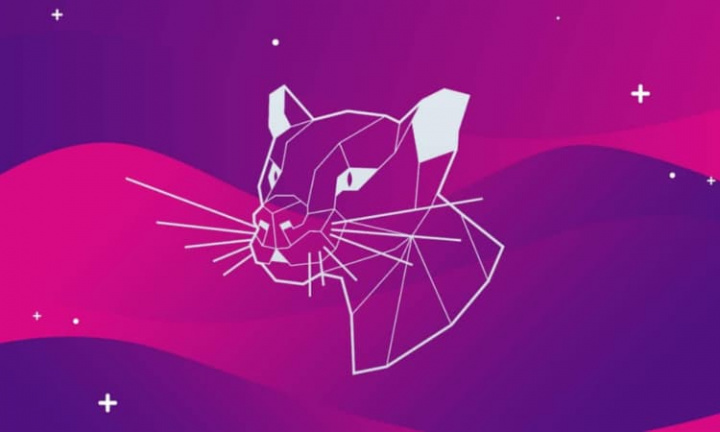 Table Of Contents hide
1. What is Webmin?
2. How to have multiple sites on Apache using Virtual Hosts?
3. Read also …

Webmin is a graphical administration tool (web-based), written by Jamie Cameron, that allows us to easily manage our Linux / Unix system. In this way, through a simple browser, we can control / manage the “powerful engine” of our Linux / Unix from anywhere in the world – find out more on here.

How to have multiple sites on Apache using Virtual Hosts?

For this tutorial we will consider the following information / settings:

READ MORE  Ubuntu in the style of macOS? Install the new Touchégg 2.0.0

To create a Virtual Hosts you must select Servers > Apache WebServer 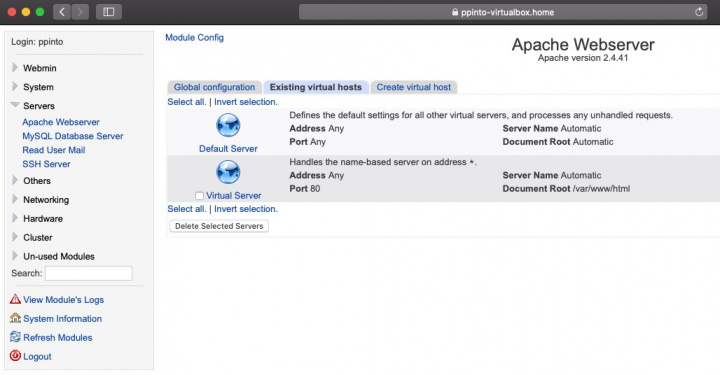 Next we go to Create virtual host and then we must fill in at least the fields Document Root and Server Name. 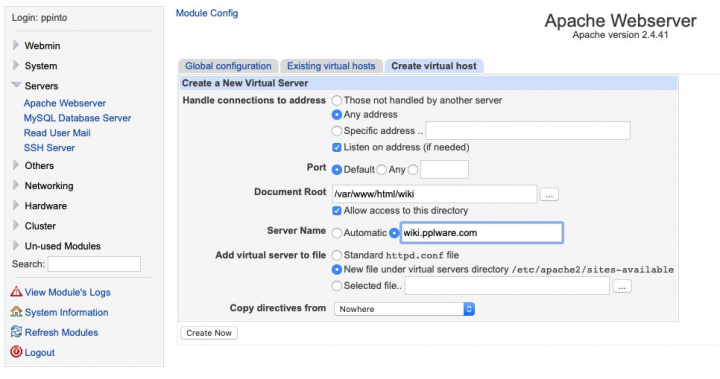 Explanation of the most important directives:

Finally just press the button Create Now. Once created, you can see the global configuration and the configured Virtual Host. 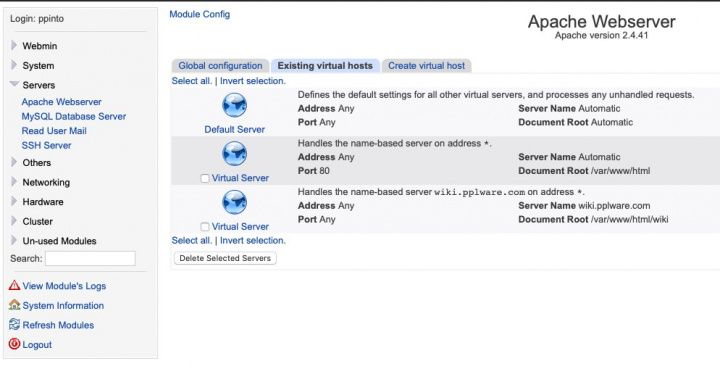 Those who do not have a DNS server available to configure and create a record of the VH created, can easily put the information in the file / etc / hosts to test in a local environment. To do this, just go to Networking> Network Configuration> Hostname and DNS Client 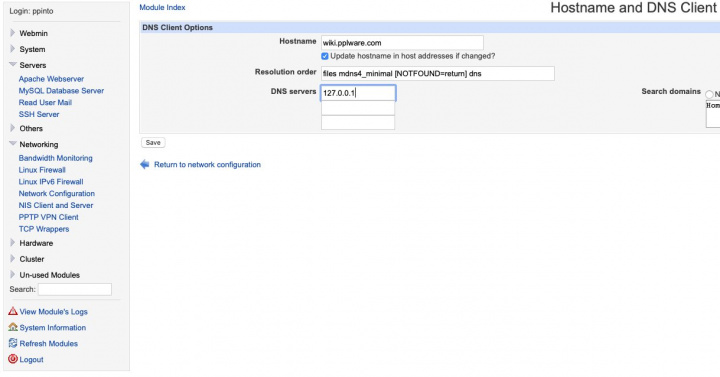 As a challenge (again) try to create the two remaining sites (icat and idog) and activate them in apache, just as you did with the previous one. Don’t forget to restart the apache service in the upper right corner. Here is an image with icat.pplware.com working. 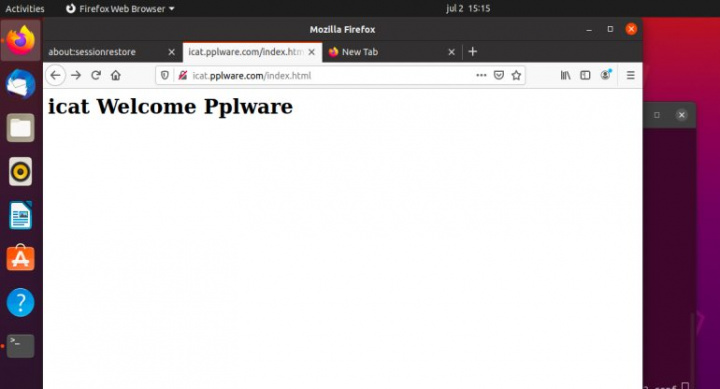 We hope this article is useful and hope to bring you new tips soon. If anyone has suggestions, don’t forget to leave them in the comments.