June 14th, 2020, 7:28 pm
Note: We have used commission links in this article and marked them with “*”. If an order is placed via these links, t3n.de receives a commission.

With the current version 20.04, Ubuntu has made the change to its own package format Snap. Especially developers who set up their distributions on Ubuntu do not like this.

The most prominent critic of the new Snap package format, which Canonical has been using as the standard since the April version of the operating system, is likely the chief developer of the more popular distribution Linux Mint, Clement Lefebvre. Linux Mint will soon appear in version 20 and be based on the current Ubuntu.

So far this has not been a problem. But now Canonical is using the new Snap format instead of the previous open Debian packages. Snap packages can only be loaded from what is known as a snap store. And the only Snap store to date is operated by Canonical. The software for this is proprietary. Canonical also apparently does not want to issue a free license.

Basically it wouldn’t be a problem to work with several different package managers. This is common practice under Linux. The real problem is with Canonical’s implementation of snap management.

Implementation as the crux of the matter

Because that stipulates that Ubuntu decides whether a Snap or a Debian package is installed. Even if users select an app as a Debian package to install, Ubuntu will ship a snap if one already exists for that app. This leads to the almost unnoticed use of the Snap Store, which Lefebvre calls a “backdoor”, which is not entirely unfounded.

In a detailed blog post on the subject, he makes it clear that, according to Ubuntu, snaps do not correspond to his understanding of open source. From the user’s point of view, they are basically to be viewed as proprietary applications. Above all, the commitment to the snap store upsets the developer. If each distribution could run its own snap store, developers would have alternatives. 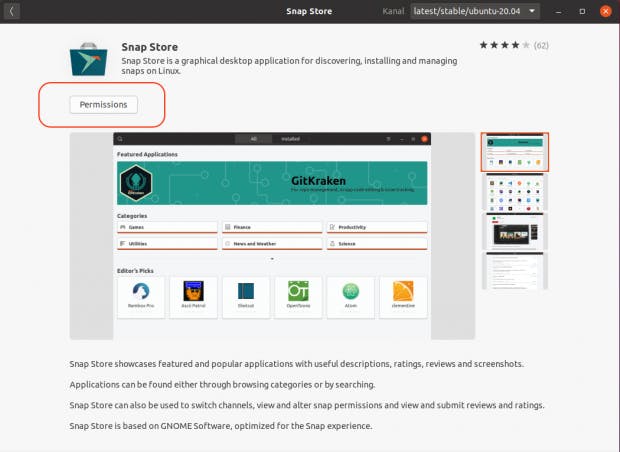 In fact, Canonical has placed the software for running a Snap Store under a proprietary license and has not given anyone else access. Therefore, neither the developers of Linux Mint nor those of other distributions based on Ubuntu can offer their own snaps.

READ MORE  What does an SEO manager actually do?

In Linux Mint 20, Lefebvre wants to technically ensure that snaps cannot be installed automatically. To do this, he wants to block the snap client and the snap daemon.

However, Lefebvre does not want to take a completely blocked position, but rather leave it to the users of his system to decide whether they want to use the snap store. However, this should be done on the basis of an informed decision and not, as it were, through the back door via automatic installation.

The starting point for the problem was the Chromium browser. Canonical had announced that it would only integrate Chromium as a snap package in the future and dispense with the conventional Deb package. Since Chromium is part of the basic but not the standard scope of most Linux derivatives, Linux Mint should have approved the snap store for this important app. Lefebvre was not ready for this.

In the case of Chromium, the problem is ultimately not one. At least the browser can be loaded directly from the manufacturer without any problems. Nevertheless, it is understandable that the developers do not want to accept a quasi uncontrolled distribution of software. With Chromium it was noticed, with other apps it might not even be noticed.

Canonical can hardly understand the criticism of their own approach. In a statement to ZDNet explains Canonicals Community Manager Alan Pope the advantages of the snap packages. For example, maintaining applications is much easier. In addition, the snap packages would only have to be created once per architecture. This is a significant relief compared to the previous procedure, in which applications for different versions had to be created with different compilers. In addition, the containerization of the apps as a snap package adds an additional level of security. The apps run in a virtual sandbox.

In his statement, however, Pope does not address the criticism of the proprietary form of his own snap store. This is precisely the central point of criticism of Canonical’s approach. If the Snap server were under a free license, the fuss would probably not exist.

Suitable for this: Windows alternatives: These Linux distributions are perfect for those switching