After long months of rumors, EA Sports finally decided to confirm when it will present the highly anticipated UFC 4. During the company’s most recent event – EA Play – information about the successor to the popular UFC 3 was expected, but it did not happen .

Since a major event in the UFC world is about to take place, EA Sports decided it would be an excellent opportunity to present the new game during the event. Now, the confirmation was made through an official poster published by the official UFC Twitter account. 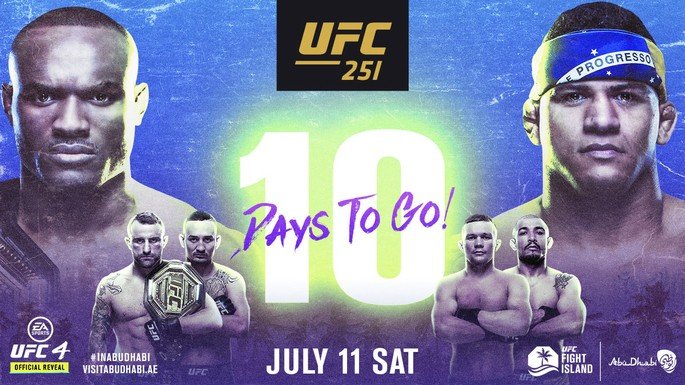 The UFS 251 event will take place on July 11 and as you can see in the published image, it will also be the stage for the presentation of the new EA Sports UFC 4.

What we know about EA Sports UFC 4

The volume of rumors was so great that there was no doubt that UFC 4 would be presented very soon. However, concrete information on possible new developments is scarce.

As expected, it has already been confirmed that the game will be released for PS4, Xbox One, PS5 and Xbox Series X. Brian Mazique, a renowned sports journalist, says that in the new game we will be able to find legendary boxers like Tyson Fury and Anthony Joshua .

Although these additions have not been officially confirmed, they are certainly a possibility. I remember that at UFC 3 EA Sports decided to bring the mythical Mike Tyson to fans. So the addition of new boxers would certainly not be a complete surprise.

Since the beginning of the year, many leaks who confirmed the existence of UFC 4, but ended up with no details about the game. EA Sports has been able to do a fantastic job of keeping all the secrets for the presentation day.