Almost a year after Sony started talking about the next generation of PlayStation, giving little details here and there about its revolutionary SSD storage and new DualShock 5 functionalities, the Japanese company has detailed the internal components of PS5 and other details of the console, as its promising sound system and backward compatibility. In this article we collect everything we know about PS5.

When does PS5 go on sale? Possible release date

Sony has announced that PS5 will go on sale in late 2020, without specifying whether they refer to autumn or winter, although in August of last year they talked about “Christmas”. The previous PS4 went on sale in November. It is also not known whether the launch will be global. In a diagram published by Sony, the launch date in the different countries of the world is marked as one of the points to be announced soon.

What will be the approximate price of PS5?

We still do not have an official price for the console from Sony, although its executives have once mentioned that they do not want to repeat the situation of PlayStation 3, which launched in March 2007 for 600 euros and had to decrease its price soon after. Various analysts anticipate what to cost around $ 499.

PlayStation 5 will be a more than considerable leap in power compared to PS4 and even PS4 Pro, but its biggest revolution will be in the speed of that SSD disk capable of transmitting 5.5 GB of data every second (to put it in perspective, hard drives transmit about 100MB / s). That will allow loading the worlds we know much faster, but also to devise others that we did not even imagine and that were impossible with the previous speeds. In addition, there will be raytracing for graphics and sound, and compatibility with 8K and 4K 120Hz televisions (indicating there will be games running at 120fps).

Everything about the DualShock 5

The PlayStation 5 controller is one of its most promising news, even though we don’t even know its official name: we call it DualShock 5 out of pure expectation. In this section we are going to comment only on what is confirmed by Sony, without going into all those patents related to voice assistants, as brands continuously register ideas without applying them in their final products.

That said, the first thing we will notice in the new controller is its haptic vibration and the adaptive triggers speak of sensations because the design of the pad will be very similar to DualShock 4. The L2 and R2 will offer different levels of resistance taking into account what happens in the game: firing a machine gun feels differently than pulling the trigger on a shotgun; And stretching a bowstring to shoot an arrow will cost more as we get closer to the stress limit point. 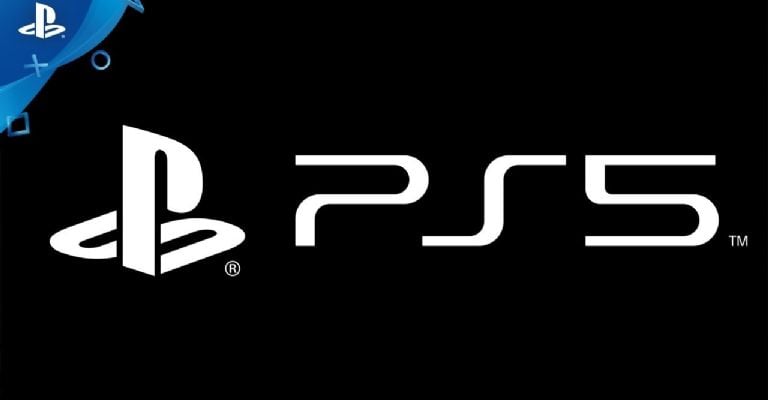 This will be mixed with the haptic vibration, which will be able to transmit different sensations to the player’s hands when walking through a desert full of sand or mud; On the ice you will feel how the avatar is slipping and when you dive into a pool you will appreciate the weight of the body of water and how it hinders the movement of the character. In a game of speed, when advancing with one wheel on the piano and another on the asphalt, the system will be able to transmit the sensation of both surfaces.

The controller will have an improved speaker, weigh more than the PS4 pad (although less than a battery-powered Xbox One controller) and its battery will last longer: it will be charged via a USB-C connector that will also transmit data, so playable with a direct wired connection to the console. In a trial version of this pad, there was a gap on the front of the controller, fueling the rumor mill about the voice assistant.

PS5 is backward compatible with PS4, but they have to test each game given the differences in hardware, so it will not be compatible with the entire PS4 catalog from the first day. At the moment, tests have been carried out with the 100 main titles of PS4 (by playing time) and from Sony they have said that in the long term “the vast majority of the more than 4000 PS4 games will be playable on PS5”, although they still How many games will be supported at console launch is unknown.

We know that PS4 games will improve on PS5 both visually and performance-wise, and will reduce their load times. But we have no recent figures or examples of what that change will be like. In April 2019 Sony showed a closed-door demo of Marvel’s Spider-Man, the open-world game for PlayStation 4. Loading times that lasted 15 seconds were reduced to 0.8 seconds. The speed of the game was also much higher.

Sony has not let up on the games it prepares for PlayStation 5, but we officially know the studio that is working on one of them. Bluepoint Games, the creators of the Shadow of the Colossus remake for PS4, are developing a new version of a “great” game; the rumors point to a review of Demon’s Souls, but they are just that, rumors. What we do know is that there will be several intergenerational games from other publishers coming out on PS5. By Ubisoft, Gods & Monsters, Tom Clancy’s Rainbow Six Siege and Watch Dogs Legion; We do not know if they will be available at the launch of the console. Another confirmed title is Outriders, the new shooter with RPG elements from People Can Fly (Bulletstorm) and Square Enix. Check out all the confirmed games for PlayStation 5 here.

Will there be backward compatibility with PS3, PS2 or PS1?

No, unless it is known at the moment. Since Sony they have only talked about limited backward compatibility with PlayStation 4.

How will the internal memory be expanded?

PlayStation 5 uses 825 GB proprietary internal SSD storage. The console will have an internal NVMe port to add another solid state disk. However, the technology used by Sony is not yet available on the market, and when it arrives, it will probably be expensive in its infancy (requires PCIe 4.0 connection).

Despite the fact that those 825 GB may seem few by today’s standards, keep in mind that the games of the next few years will take less and their installation will be more personalized and faster. Due to the slowness of HDDs, the installation files have elements repeated several hundred times. Only part of the game can be installed on PS5, for example, the campaign and the multiplayer separately.

To install PS4 games the solution is much easier. The system is compatible with any traditional USB connected HDD, in which backward compatible titles can be installed to free up space on the main disk.

What will be the maximum resolution?

PlayStation 5 be compatible with 8K televisions. It will also take advantage of 4K televisions running at 120 Hz, allowing video games to be displayed at 120 frames per second. It will also make use of Variable Refresh Rate (VRR): that is, if a game is running at 90 fps, the TV will automatically go to 90 Hz. Of course, to use all these technologies, the screen will need to be compatible with them and have HDMI version 2.1.

What about PlayStation Now?

PlayStation Now is Sony’s alternative to Xbox Game Pass. The service offers hundreds of PS4, PS3 and PS2 games for a monthly fee. At the moment we don’t know if PS5 titles will be added to the subscription, but I do know that PS Now will continue in the next generation.

On PS4 you can install the games on this console and also those on PS2, while those on PlayStation 3 must be played via streaming. It is foreseeable that PS4 games backward compatible with PS5 can also be installed, but what will happen with those on other platforms is still unknown.

What new features will the operating system have?

We don’t know what the PS5 menu looks like on the TV, but I do know some of the features to include while preserving the accessibility of the PS4 interface. Players will now be able to see not just what title their friends are playing, but which game mode and on which map or level, and immediately join the game as the games will take very little time to start.

The same goes for single player games: the interface will give information on what missions can be done, for example, and what rewards will be received for completing them.

Be compatible with PlayStation VR?

Yes, PS5 is compatible with Sony’s current virtual reality headset. The Japanese company is working on a new PSVR model, but it will come out after the launch of the new PlayStation: they have not given any estimated dates or details about it.

How is the PS5 design?

At the moment we have no idea what the shape of the PlayStation 5 is, but we do know how its development kit is, which is usually different from the final console; the one on PS4 is much more bulky than the machine that hit stores, and the one on Xbox Series X looks like an augmented Xbox One X. You can see his design (not confirmed by Sony, but yes by multiple sources) below:

Will I have raytracing? How to affect the sound?

Yes, PS5 will have “ray tracing acceleration” or raytracing, but through a proprietary Vulkan-based system, something that was also used in Wolfenstein: Youngblood for PC.

Raytracing technology will also enable sound enhancement with Tempest 3D AudioTech technology. From Sony explain that the games can simulate a variety of previously unthinkable audio sources (for example, each drop of rain in a storm) and the position of those sound sources. To take advantage of it, a stereo headset is enough.

PS5 will have less raw power than the Microsoft console, Xbox Series X. Both the processor (maximum 3.5 GHz) and the graphics card (36 CUs, 2.23 GHz maximum) are below the CPU (3, 8 GHz) and the GPU (52 CUs, 1,825 GHz) of the new Xbox. In addition, it must be taken into account that these clock frequencies are variable, changing the speed according to the workload.

Where PS5 innovates against Xbox Series X is in storage, something that is important beyond the speed of loading times or when starting a game: it affects the same video game design. PS5 has a bandwidth of 5.5 GB / s (8-9 GB / s compressed), while the new Xbox has 2.4 GB / s (4.8 GB / s compressed). However, the Sony console has 825 GB of capacity and Xbox Series X, 1 TB.