Apple introduced many new features on the iPhone with the new iOS 14. Among them, several are related to user security and privacy, an area where Cupertino’s company is increasingly betting. So, whoever installed the beta version of the new operating system, certainly noticed the presence of two luminous dots, now green, now orange, in the upper right corner. Surely they have already questioned what these points are for.


As we will see, Apple alerts the user to various actions inherent in applications. We will then understand what these indicators are for. 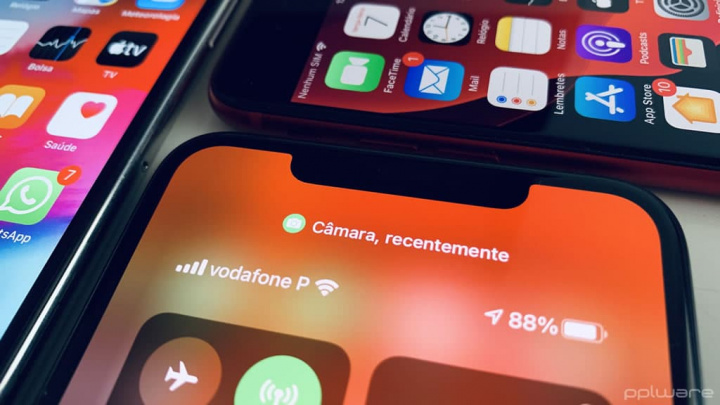 As we can see, in several moments of iPhone action, points appear in the status bar in the upper right corner. It turns out that these points are really informative indicators that help to reassure and protect your privacy. On MacBooks and iMacs, Apple has a physical green LED next to the webcam.

Thus, when the camera is activated, the LED light comes on to inform you that an application on your system is using a camera that is showing what is happening in front of it. However, the iPhone and iPad do not have physical LEDs, so Apple simulated the experience through the software.

What does the orange dot on the iPhone mean? 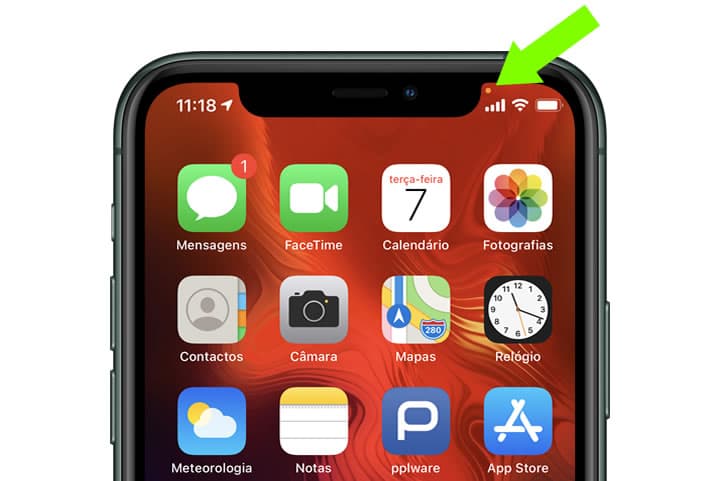 The orange dot means that an application on your smartphone is using the microphone. As such, the user will know that the microphone is listening and may be recording. They will be able to verify that, if they use, for example, Siri or Dictaphone, or even if in the Notes app they use the saying, that point will appear immediately.

Assuming that all applications will act and in good faith, the orange dot should appear only when the microphone is activated. Thus, if in any application you find that the microphone has no reason to be connected, this will be an alert that that application is abusing your privacy. Then, you can and should contact the person responsible for that app (for example, in the app’s reviews on the App Store) and report what is going on (it could be a bug in the app and nothing more, beware!). 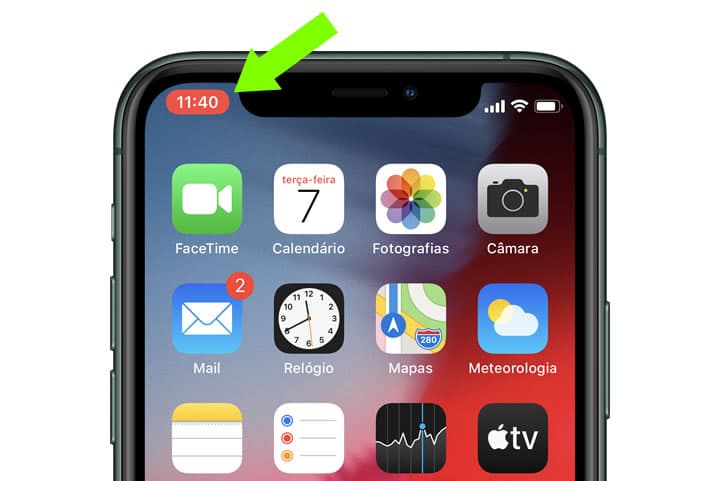 This behavior has not changed on iOS 14, but now the orange light will appear on the right side of the notch at the same time.

What does the green dot on the iPhone mean? 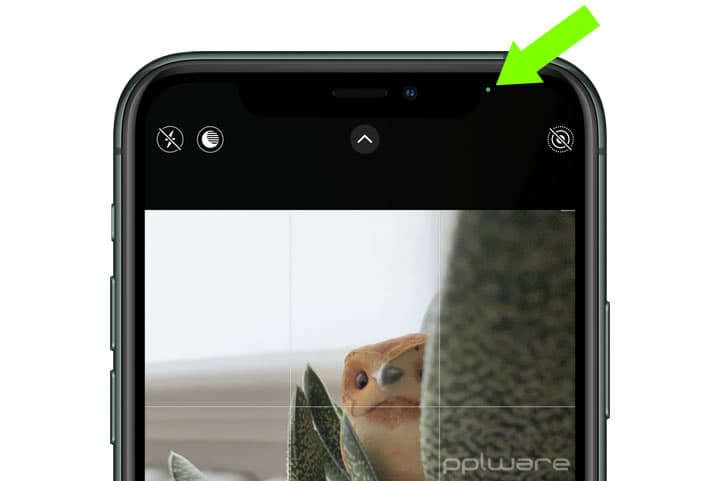 The green dot appears when an application is using the camera, such as when taking a photo. Access to the camera also implies access to the microphone; in that case, the user will not see the orange dot separately. The green color corresponds to the LEDs used in Apple’s MacBook and iMac products.

If an app is having access to the camera when it doesn’t make sense, it could mean that the app is invading your privacy. IOS does not know why the app has access to the hardware at that time. As such, if you feel that it does not make sense, let the app developer know, using, for example, the contact that exists in the app description on the App Store.

If you visit the Control Center, in the next few minutes when using the microphone or camera, you will see that the indication is given that these resources have been used. Thus, as you can see in the following image, the type of access (microphone or camera) and the name of the application that used the sensor will be shown. This provides an extra layer of transparency in case you missed the small circular dot indicator. 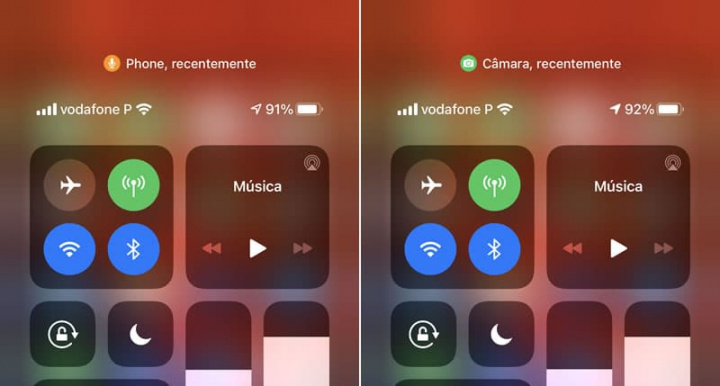 Therefore, these luminous indications are yet another layer of protection to prevent applications from invading the user’s privacy and security. It’s not to decorate your screen, keep this in mind to feel more secure when using your iPhone.