Over the years thousands of Linux distributions have appeared. This did not mean massive success or a credible alternative to Windows and even macOS. However, it is important to note that the most evolved Linux distributions can easily replace a Windows or macOS system.


Interestingly in a pandemic era Linux has grown. According to recent data, Linux reached a 3.6% share in June. 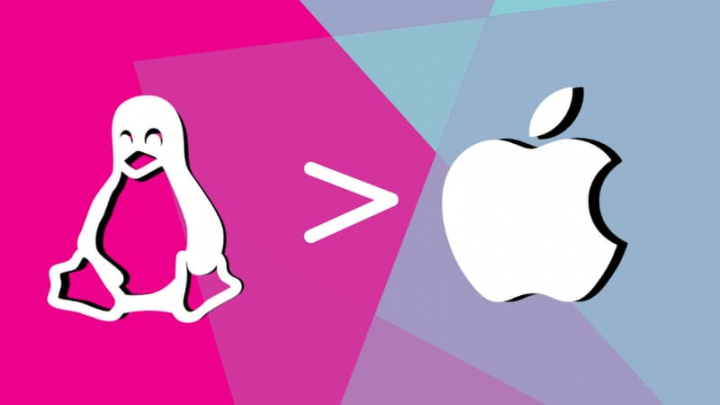 Table Of Contents hide
1. Is Linux gaining ground with macOS? It seems so…
1.1. Why are Linux distributions growing in share?
2. Read too…

Is Linux gaining ground with macOS? It seems so…

The data are from netmarketshare and reveal an interesting scenario. According to recent data, Linux distributions are gaining ground over the past two months, unlike macOS.

As can be seen from the graph, Windows continues to lead in the operating systems segment with 87.2% followed by macOS with 9.42%. In third place follows Linux, which has been gradually gaining ground. It is true that there is still much to catch Apple’s system, macOS, but the positive trend gives good indicators. There is nothing to suggest that Linux distributions continue to gain ground, but the growth has been significant. 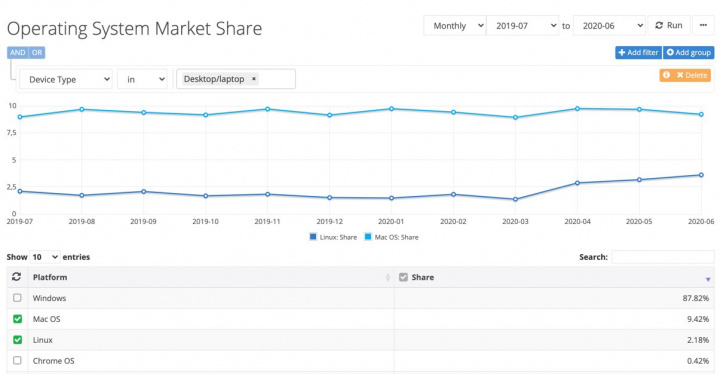 Analyzing the pandemic scenario, probably due to the need for confinement, there was also the need to have a machine for work or leisure.

Many may have taken advantage of older machines and installed a Linux distribution that is usually lighter. There will certainly be other reasons, but this is one of the most pointed out by some forums.