The game will be officially released on September 18, and will be available for PS4, Xbox One, PC, Nintendo Switch and Google Stadia. Although it hasn’t been confirmed, we probably won’t have a special version released for the new consoles. However, players who end up buying the PlayStation 5 or Xbox Series X, will still be able to access the game thanks to its retro compatibility.

2K has already confirmed that it will not implement any loot boxes in the new game, and the virtual currency can only be used to purchase cosmetics that will not influence the characters during battles. 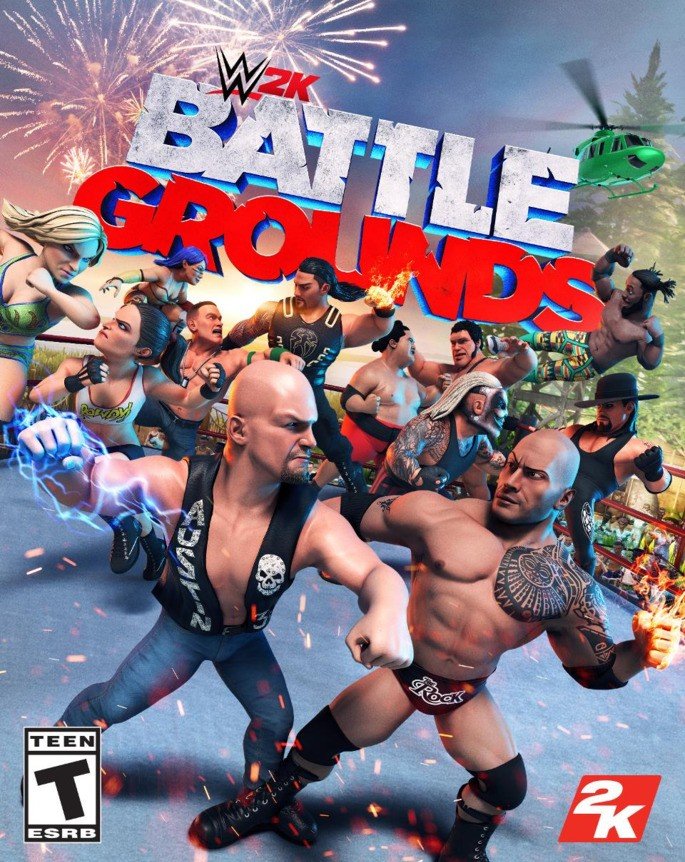 Through the official press release, 2K confirmed the full list of fighters that will be available at the launch of the game, revealing that more will be released in the future via DLC. Here are some of the most prominent fighters:

WWE 2K Battlegrounds will arrive with 4 game modes available: display, campaign, King of the Battleground and online. In campaign mode you will experience 7 characters created exclusively for this game, competing in the hope of winning a WWE contract.

King of the Battleground it is a kind of “Battle Royale” approach, where 4 fighters start the battle in the ring, while another 4 are waiting for their turn. The fighter who stays until the end, will be the winner.

The online mode will provide players with several online tournaments, and it is also possible to carry out simple fights in the display mode.