After long months of rumors, it seems that Xiaomi is finally prepared to take the charging capabilities of its smartphones to a much higher level. According to a new certification in China, Xiaomi’s new “super charger” is ready to be launched.

This new charger has a maximum capacity of 120W, confirming the recent news that the manufacturer’s next tops of the range will arrive with support for fast charging between 100/120 watts. There has been talk for a long time about the arrival of shipments at this speed, but manufacturers have faced numerous difficulties. 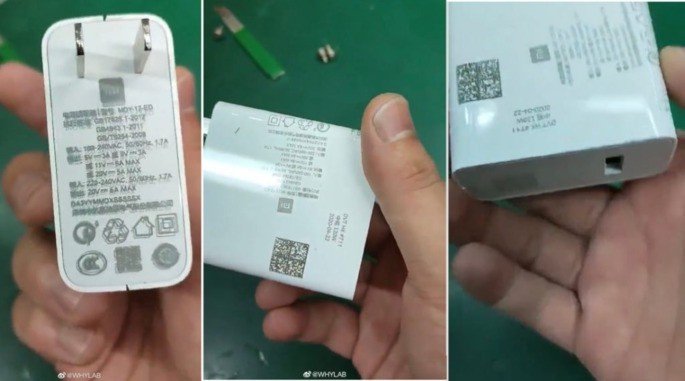 Xiaomi has already demonstrated 100W charging and is mind-blowing!

At the end of last month we saw a new video published by Xiaomi, where they test their 100W fast charging technology. This technology can charge a 4,000mAh battery in just 17, taking about 7 minutes to reach 50%. Compared to current standards, where most smartphones arrive with a 33W charge, it is an incredible leap.

Still, it is important to note that in this video the comparison is made with 50W technology from Oppo, when smartphones with fast charging at 65W are already on the market. It is also worth remembering that Vivo has already officially presented its 120W FlashCharge technology, capable of charging a 4,000mAh battery in just 13 minutes and reaching 50% in 5 minutes.

Obviously, the major concern with these impressive charging speeds is overheating, both from the smartphone and the charger itself.

More specifically about the charger that received certification, we can see in the images that it arrives with a single USB-A input, indicating that it should be used for the manufacturer’s next smartphones. This is because your laptop chargers come with a USB-C PD input.

Although it has not been confirmed, everything indicates that this charger may be included with the next tops of the range Xiaomi Mi MIX 4 or Xiaomi Mi 10s Pro, which should be presented before the end of the year.