In addition to its various smartphones, Xiaomi has also become well known for the many gadgets it is launching in the most varied market segments. Not so long ago they also entered the coffee machine market and are already prepared to launch a second model.

It was revealed today that on July 8, they will launch the Xiaomi Mijia Capsule Coffee Machine on their crowdfunding platform Youpin. As usual, this platform is only available on the Chinese market, but it is very likely that it will reach the usual online stores after some time. 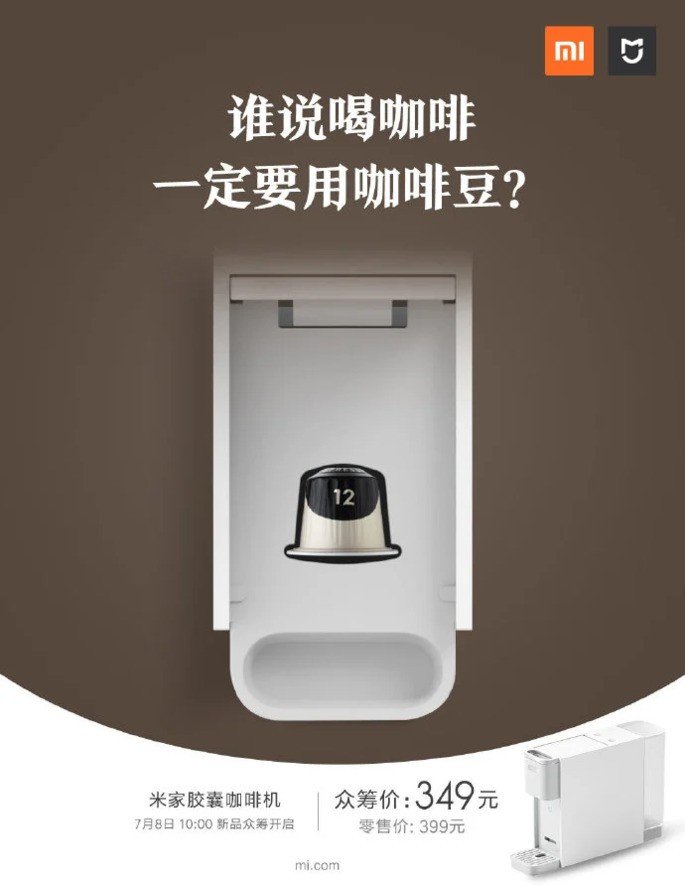 Since the crowdfunding campaign has not yet been launched, information about this coffee machine from Xiaomi is still scarce, knowing only its price. During the campaign it will be available at a special price of 349 yuan (€ 40), and its official market price will be approximately 50 euros.

Xiaomi could bet on a global launch of its coffee machines

Over the past few years Xiaomi has managed to win millions of users across Europe, not only through its smartphones but also with the many gadgets that it makes to reach its official stores. Considering the great success of its coffee machines in the Asian markets, it would not be surprising if the manufacturer decided to bet soon on an expansion to the international markets.

Although there is no official information to confirm this possibility, it would certainly be interesting to see the reaction of your fans to this type of product in Europe.

According to the manufacturer, the goal of launching the new Xiaomi coffee machine is to reduce complexity and make it possible to drink good coffee with just one click. As you would expect, the coffee machine has a minimalist and very clean design, just like the vast majority of the brand’s products.

It has not been revealed which type of capsules will be used, although in the official image the capsule is very similar to those used by Nespresso. In addition to taking coffee, users can also use different capsules to make tea, coffee with milk and many other drinks.